1941 is an Android strategy board game based on the conflicts of World War II between the Axis powers (Germany / Japan) and the Allies (Russia / UK / America)!

1941 is very similar to the popular board game Axis & Allies®.
This legendary war is carried out over 57 land territories and 48 sea zones, and includes 9 different units like infantry, tanks, bombers and battleships. Conquer the enemy and claim victory by destroying their armies and capturing their capital cities!

Local play in 1941 supports 5 players over two teams, in pass and play format combined with an advanced AI if desired. It has been exclusively designed and developed for Android devices including medium to high end phones and tablets, with crisp graphics and an intuitive touch interface.

Note that this game is HD and may run out of memory during loading on some older devices, especially those with 512MB of RAM or less, depending on the manufacturer.

The Axis & Allies® game and its associated trademarks are the property of Hasbro, Inc. and Wizards of the Coast LLC. This game is neither endorsed by nor affiliated with either company. 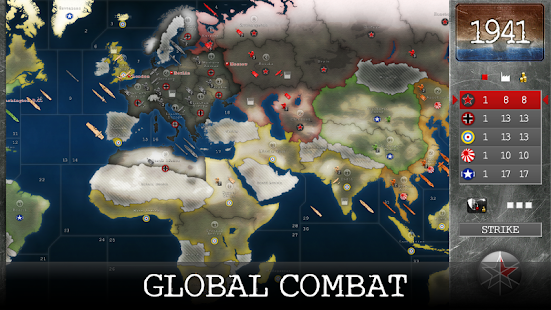 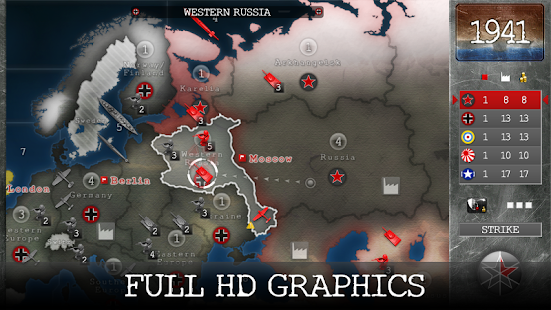