A quest crammed with puzzles in the heart of Paris

After arriving in Paris to present his latest invention, the Time Camera, at the Universal Science Congress, Professor Weissmann disappears without a trace.
His daughter, Laura, believes he has been kidnapped. Aided by Eustache, the Professor’s cat, Laura sets out on the trail of a mysterious sect, whose symbol is 9 elephants.
The intrepid duo is confronted by a series of challenges, and each has to draw on their powers of invention and deduction to unravel the plot at the heart of this extraordinary adventure.

Follow our two intrepid investigators across Paris as you’ve never seen it before, a combination of fantasy and the Crazy Years.
Converse with colourful characters with secrets to share.
Solve over 230 puzzles to reveal the secret of the 9 elephants.
Plunge into the heart of the capital, and savour this extraordinary tale featuring a modern art exhibition, poisoned oranges, a magician’s cat, a cyclist, an accordion champion, an esoteric conspiracy, the Paris catacombs, the destruction of the Eiffel Tower and… 9 elephants.

♦ Solve over 230 puzzles with 8 different gameplays
♦ Explore Paris’s most enigmatic locations
♦ Encounter 20 delightful and mysterious characters,
♦ including a cat
♦ Savour the city’s fascinating atmosphere
♦ Zoom in on the puzzles by pinching the screen. 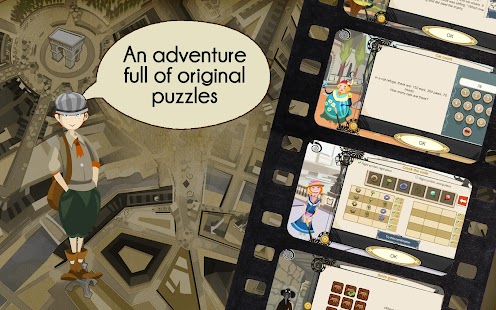 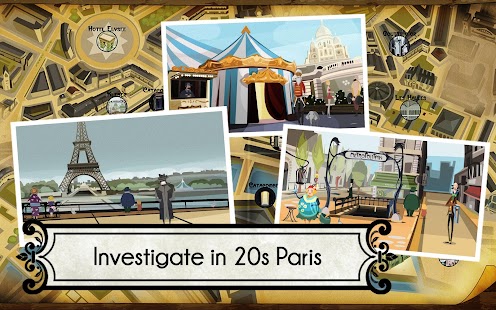 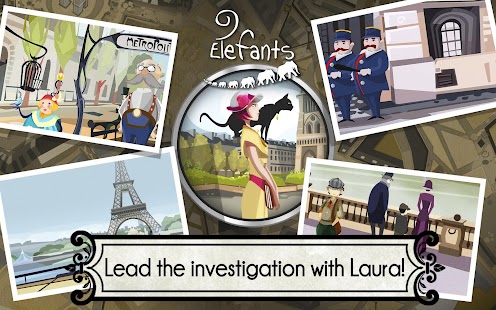