In an underground laboratory, is the Doctor Puzzle, a young scientist driven by challenges. His obsession resulted in a great invention, a robot with parts almost white, named C-Bot. After failing numerous times trying to turn it on, the doctor decided to abandon the project.
During the absence of a scientist, a strong storm covered the city, leaving the laboratory concealed by darkness. Suddenly, lightning strikes the small part of the lab that is unearthed. This ray, travels across the wire until it reaches the small room that is the C-Bot. The energy is so much that reaches the robot and is enough to activate their circuits and boot your system.
C-Bot wakes up confused, not knowing who is or for what was done and decides to leave that room. By closing the door he comes across a lab full of challenging and rooms that require reasoning and agility. It’s up to you help him to explore the lab to discover their origin.

MANY CHALLENGES OF REASONING AND AGILITY
Use reasoning to do a correct combination of the powers granted to C-Bot. You also need agility to use the powers at the right time and move to the next room.

INTEGRATION WITH OPENFEINT
Ranking to compete globally.
Compete for record time
Get achievements 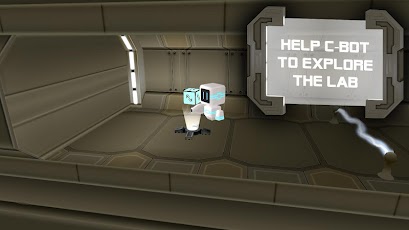 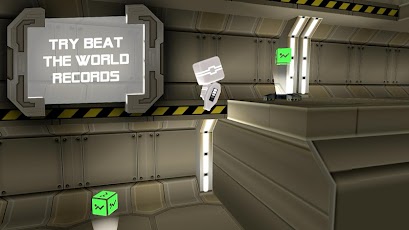 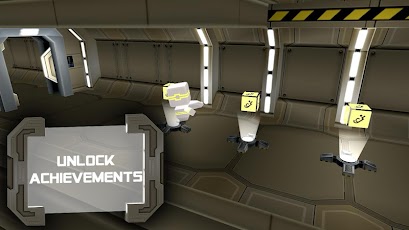