CameraPro (previously known as “CameraX”) offers fast access to your mobile’s camera capturing and video recording features. It is highly customizable including different designs and menu arrangements. Pictures can be directly uploaded from CameraPro to Facebook, Flickr, Picasa, and Twitter.

The following list gives an overview over the features. PLEASE NOTE that features marked with “*” vary between different phone models!

Camera Modes:
– Still (normal mode)
– !!!BETA!!!: Video / expert video mode (HD video greater than 720x480p is in Beta and works only on some phone models)
– Self-timer
– Time-lapse: record time-lapse picture series (Android 3.0+: record time-lapse videos too)
– Burst: shoot a set of pictures as fast as the phone supports
– Bracketing: take up to 10(!) different exposed images (can be used for HDR stitching with other apps)
– Anti-shake: take pictures exactly in the moment when the phone is not moving

IMPORTANT LIMITATIONS
– For video resolutions greater than 720×480 set focus mode to “Continuous” if available. Else recording might start delayed (app looks as if it hangs for some seconds on the Samsung Galaxy S2)
– Zooming and picture controls can only be modified BEFORE video recording
– Changing from continuous autofocus to some other focus mode can be very slow
– Sometimes the direct HD video preview in the video player (started from CameraPro) shows only a black screen. When the player is started manually the video play back is fine.
– If updating from CameraX fails, uninstall CameraX before installing CameraPro.
– Video recording on some HTC devices and on all devices with Android 2.2 and older is only partly supported

HTC/Distorted Pictures:
– Some still picure resolutions on some HTC devices are distored (e.g. 16:9 resolutions). Enable the “HTC fix” under settings to fix. 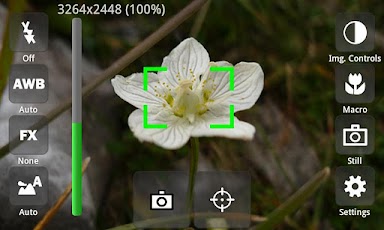 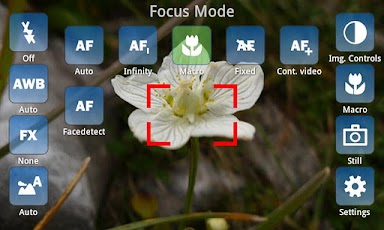 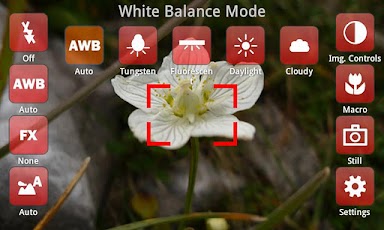 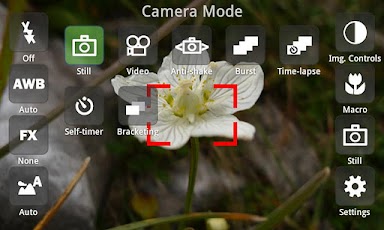 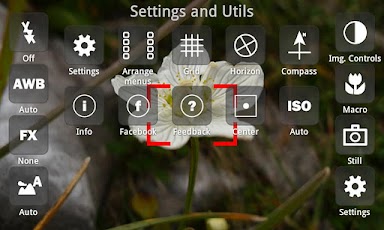 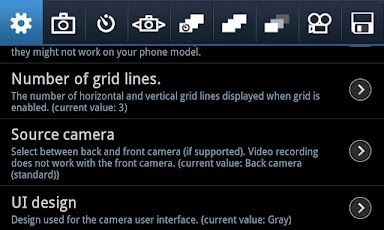 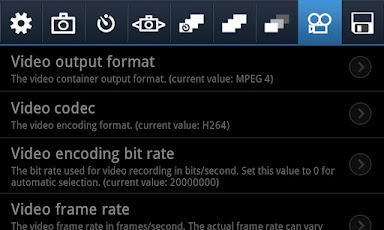