Can you drive mankind to destroy the Earth?

Can you drive mankind to destroy the Earth? Spread carbon emissions throughout the world in this shockingly realistic simulation and discover the terrible price of global warming!

Push humanity to generate massive amounts of carbon emissions. Raise global temperatures! Unleash disasters! Turn the Earth into a burning hell-scape! Don’t let anything stand in your way. Plan your strategy carefully, invest in carbon heavy industries, use propaganda and adapt to political and environmental changes until destruction reigns!

Carbon Warfare was created with the help of climatology, economy and global warming experts. The effects of global warming that you see in the game are based on very real potential outcomes. Play and learn about global warming and the fatal effects it will may have on our world. 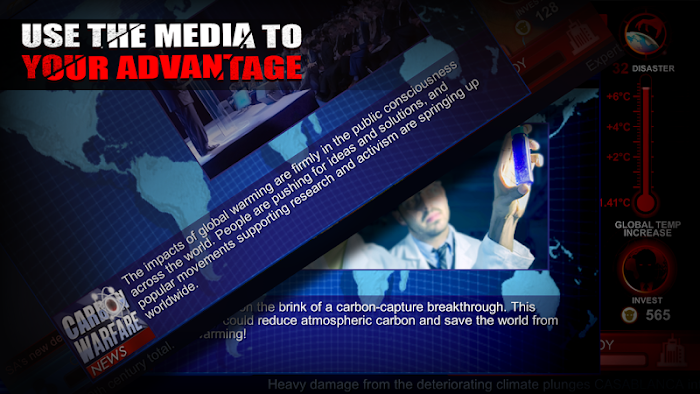 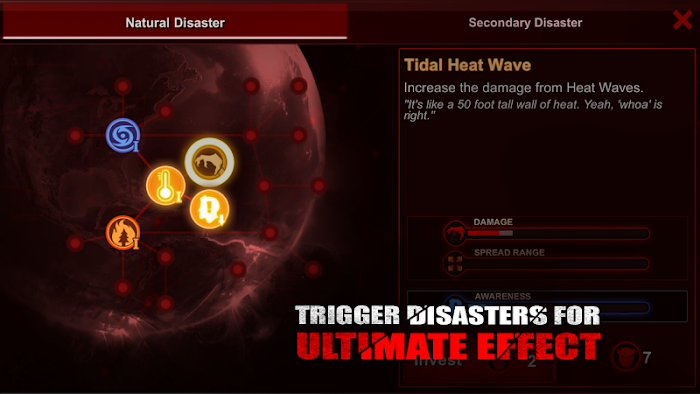 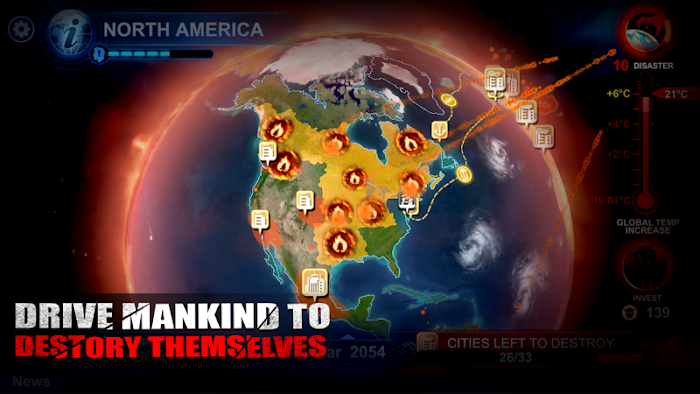 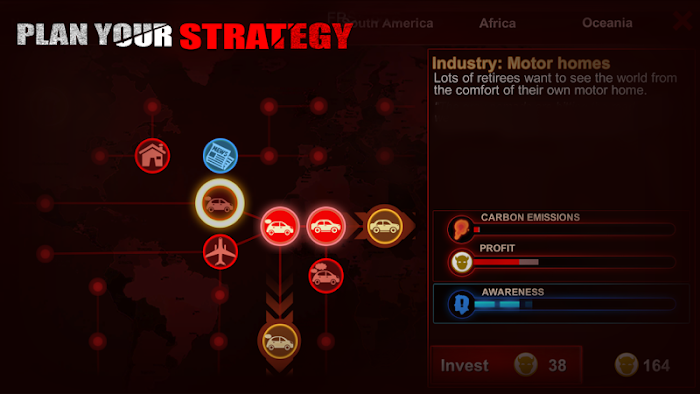 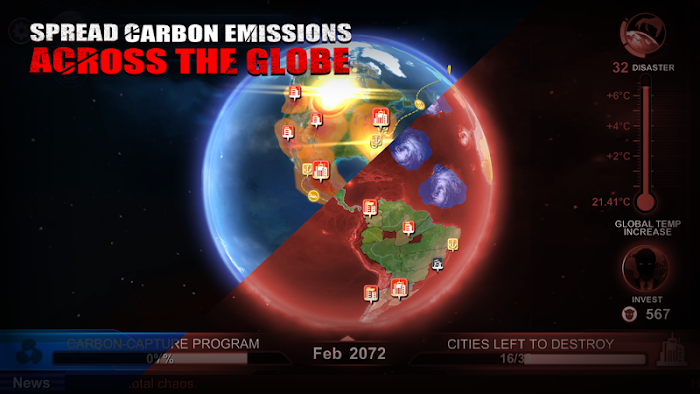