● #1 App downloaded in Korean T Store
● #1 App downloaded in Thailand App Store
#1 in RPG & Strategy game in Canada, Korea, Indonesia and other 13 countries.
● Introduced as a most favorable game in App Judgement, show owned by Revision 3, one of the biggest internet TV shows in USA.
● Introduced in Pocket Gamer, a major England’s mobile game site!- Strategy-RPG Castle Master 3D fights its way onto iPHone and iPad

♥Romance of the three kingdoms’ Strategy + Diablo’s Action! ♥
Full 3D Action Strategy Siege Game, Castle Master!
Massive Battle of 600 will thrill you! First 300 vs. 300 siege battle on mobile!
With 300 followers, go destroy the gate of the enemy castle!
Humans, abandoned by God for their arrogance and greed, were deprived of all their 45 castles by the evil hordes from Hades.
And the last knightage gathered together for the barely survived young prince.
Starting from an action to take back the castle ‘Gaia’, humans’ counterattack begins now!
Lose yourself in the world of a classic RPG!
Customize your character’s stat points as you wish!
You can develop your character to be Paladin-style knight with one-hand sword, speedy knight with two swords, fearsome knight carrying giant blade with great damage. Customize your character with 27 weapons and 9 sets of armors, enjoying the thrill of level-up!
Build facilities to upgrade your castle and recruit soldiers!
Defeat the castles of evil hordes and appoint castle lords!
Turn the tide of the war by spying and redeploying!
Win the love of Zeus’s Daughter to achieve the ultimate weapon, Zeus Blade!
You can find merchants of weapons, armors, rings and potions and servants who will help you raise the loyalty of citizens and lords in town.
Don’t forget to find Zeus’s daughter, who is willing to give you the ultimate weapon, Zeus Blade. Though, only the chosen one can get her love. 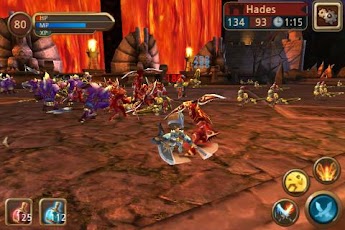 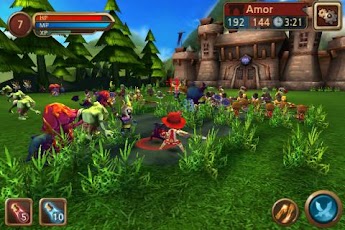 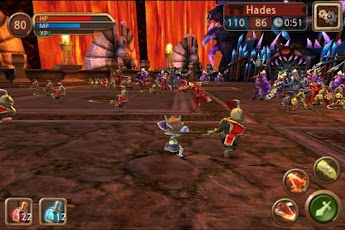 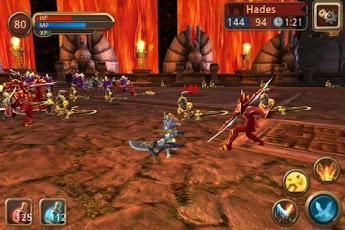