Solve a criminal case beyond believe in this supernatural adventure game based on Dark Horse Comics’ popular graphic novel trilogy! Written and illustrated by the guys who made the comics!

# # # INVESTIGATE THE IMPOSSIBLE! # # #
Monsters are real. And they are all hanging out in Lisbon, the beautiful yet haunted capital of Portugal. But suddenly, all the vampires, specters and ghoulies vanish from the streets (or wherever else they had been hiding). So it is time for supernatural sleuth Dog Mendonça and his otherworldly posse to hit the scene and save the day with bravado, wit, determination and the occasional use of force.

# # # MADE BY THE WRITERS AND ARTISTS OF THE COMICS # # #
This is the real deal! The game’s hilarious story comes straight from the crazy mind of Filipe Melo, the author of the original Dog Mendonça comics. And the stunning visuals were crafted by Juan Cava and Santiago Villa, whose unique style art graces the pages of the graphic novels.

# # # FRIGHTENING FEATURES # # #
• Adventure gaming meets the supernatural: Solve a criminal case beyond belief
• An all-new story: Unravel a blood-curdling mystery based on the Dark Horse comics
• Monster mash: Team up with a middle-aged werewolf, a six-thousand-year-old demon trapped in the body of a young girl and the severed head of a moody gargoyle
• Gore-geous graphics: Feast your eyes on astonishing hand-made visuals
• The real deal: Play a game developed in cooperation with the guys who made the comics

# # # COSTS & REQUIREMENTS # # #
As a full premium product, The Interactive Adventures of Dog Mendonça & PizzaBoy does not contain unlockable chapters or other IAPs. Purchase it once and get access to all content right away! 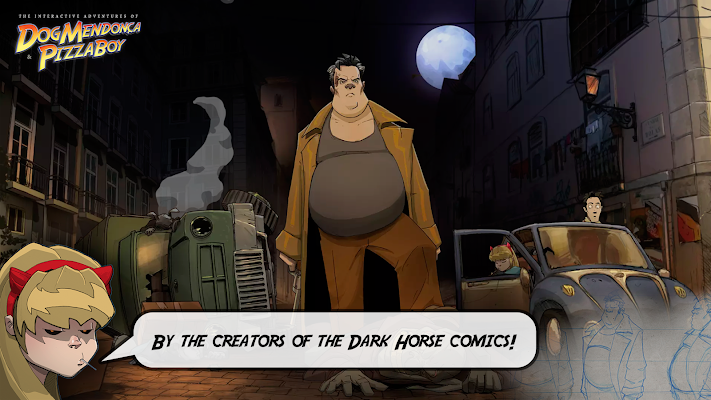 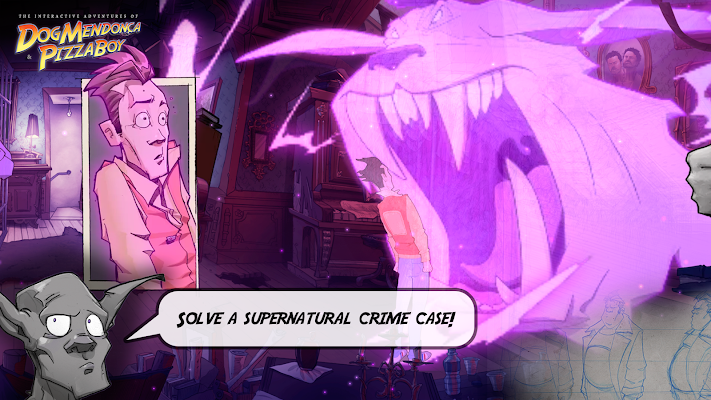 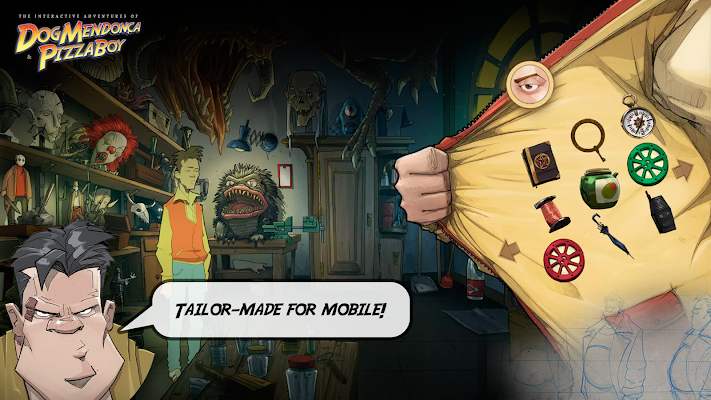 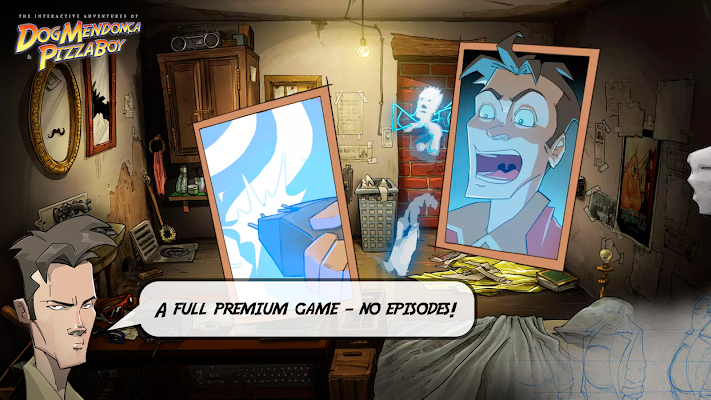 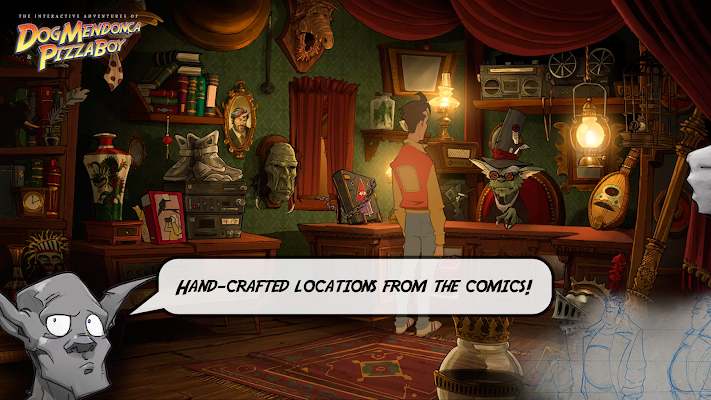