In the remote continent of Elentyre, the ancient Dragon has existed for some 10,000 years. With their unparalleled magical power, the fertile land was ruled, as well as other weak races. For a long time, Elentyre was being covered by darkness and oppression, and the weak were suffering in silence.
Until that day, the birthday of a hero of human – Kyradie, who held the sacred sword and led people who are keen on freedom to raise and fight.
When the drum of war sounds, races abandoned in the darkness – dark elf, gray dwarf, orcs and blue-eyed trolls, could not wait to raise weapons that were polished long before this, and they followed Kyradie to attack the ancient dragon.
The fire of war illuminate the silent evening of Elentyre…
However, the long-last war ended up with the failure of rebels. Kyradie had to turn to the blue ocean. While leading the only remaining soldiers, fighting the enemy, he was sending all kids to sails for the sea, and wishing them a new world beyond the sea.
In front of all the ships, large and small, Kyradie spoke to all kids, “I am Kyradie! I defend only one simple belief in my whole life that one should fight for freedom. My enemies may destroy my armor, while they could never destroy my belief! My son, one day you’ll grow up, and till then, no matter where you are, no matter who you are, I hope you remember that you must defend your belief with your life, if you do believe something! Good luck!”
And all kids now have got their own belief deep in the heart that is to become the most powerful one!

Features：
1. Battles between islands of the ancient continent, the road of overlord appears with glory.
2. Touch the screen to get control, and build your own kingdom.
3. Ranking of Strength in the whole world, and 3 rankings are waiting for your own legend!
4. Construction of your island, from a small island to a giant country.
5. Retro western style of the art work takes your breath away.
6. Planting for resources with the hottest Stealing Vegetables.
7. Fist is the strongest – fight like a man! Systems of PvP and challenge, fight as you wish!
8. Classic characters collection! Heroes with different abilities are waiting to be recruited by you, and there’s even more powerful legendary hero!
9. Diamond inlay which enhances your equipment so easily! And get high-rank diamonds via diamond compound system!
10. Powerful item system! 7 kinds of mystery scrolls, 30 kinds of rare treasures, 56 kinds of diamonds to inlay, and 66 kinds of ultra-powerfulequipment!
11. Are you still worrying about the money for recruiting? Don’t worry, the Merchant system helps you to solve it like a piece of cake.
12. The whole world shares the same server, and you can make friends from everywhere! There’s no empire without brothers.
13. Various quests and various gameplay is waiting for you!
14. Strategy is critical in the growing of an emperor, and both political and martial strength need to be developed. 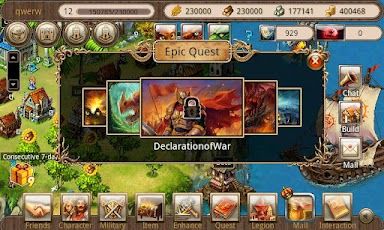 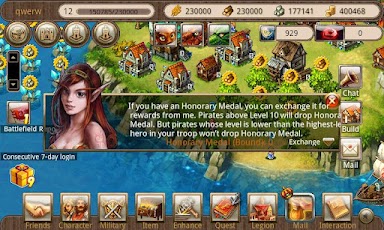