DRAW CHILLY is a hell of an arcade game where you take on the role of Vladimir and raise a city from the depths of Purgatory at the request of your employers, the Horsemen of the Apocalypse.

Vladimir and his squad of brave, pure-hearted, yet occasionally hapless mechanics fight monkeys as they make their way upwards stage by stage to deliver the bosses, who have ended up in Purgatory by mistake, into the hands of the Reapers so they can be sent to Hell where they belong. 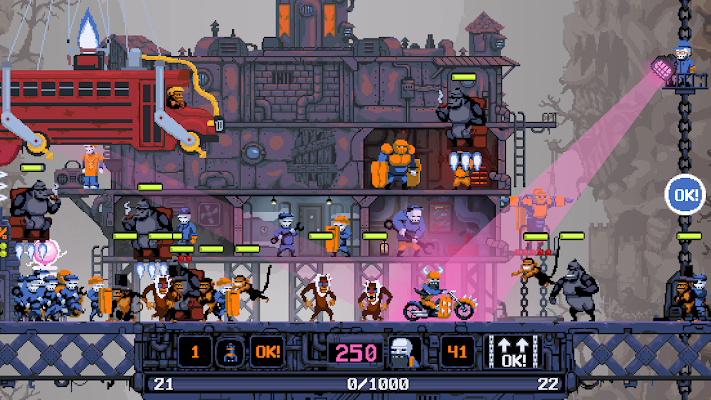 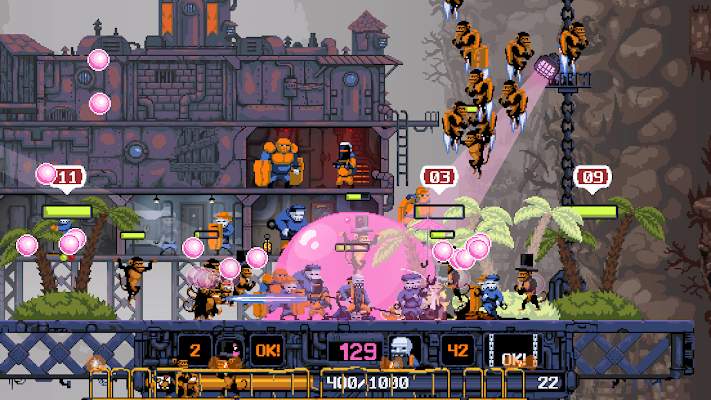 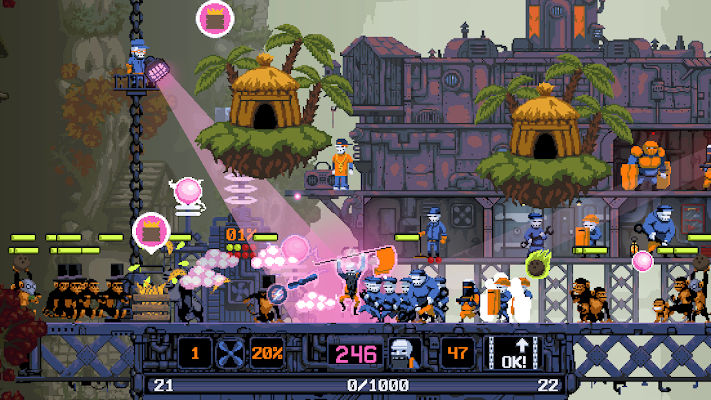