Step into the Octagon® with EA SPORTS™ UFC ®!

EA SPORTS™ UFC® is bringing the women’s bantamweight division to the game. Think you can compete? Find out in this update, which includes:
• Women’s bantamweight weight class, with 7 new fighters
• Enhanced visuals for improved resolution on all devices
• Reduced download size – get in the game even faster
• Plus, behind-the-scenes improvements to keep you in the fight
Thanks for playing EA SPORTS™ UFC®! Let us know what you think by rating the game after you try out the latest update.

Collect your favorite UFC fighters, throw down in competitive combat, and participate in live events from the real world of the UFC. Every takedown matters in your quest for the championship.

TRAIN YOUR ULTIMATE FIGHTER
Choose from over 70 UFC fighters – from champions like Jon Jones, to up-and-coming stars. Upgrade each fighter’s unique set of special moves and put them to the test against the UFC’s best. Earn gold and collect new contenders with every pulse-pounding battle.

FIGHT YOUR WAY TO THE TOP
Climb through the ranks of the UFC as your group of fighters beats down the competition. Unlock new opponents and awesome rewards with every high-octane match, and face off against UFC icons in decisive boss battles.

ACTION-PACKED GAMEPLAY
Compete in live events that coincide with the real-world UFC and earn exclusive rewards. The action keeps coming with updates driven by real-world UFC events and you, the EA SPORTS UFC community.

AS REAL AS IT GETS™
Experience a state-of-the-art fighting engine with hard-hitting 3D gameplay and intuitive, finely tuned touch controls. EA SPORTS UFC delivers stunning console-worthy visuals and a true HD-quality experience on your mobile device. 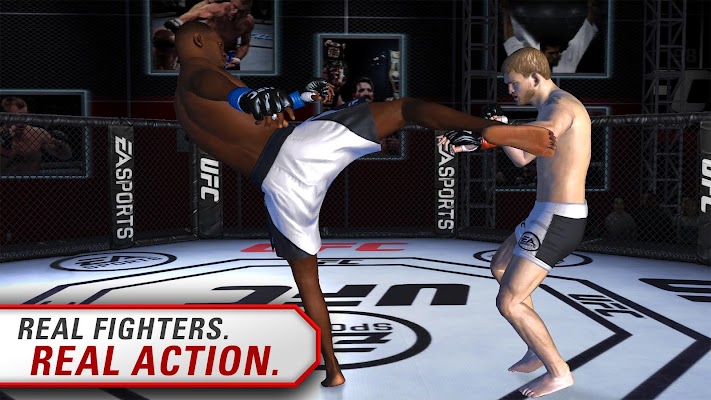 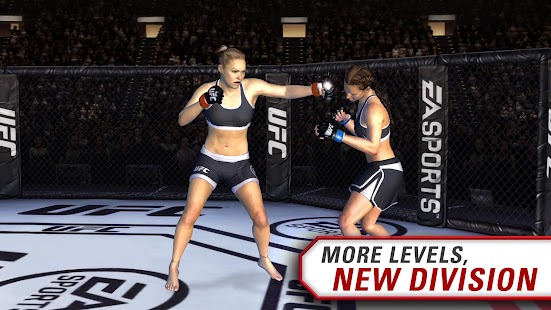 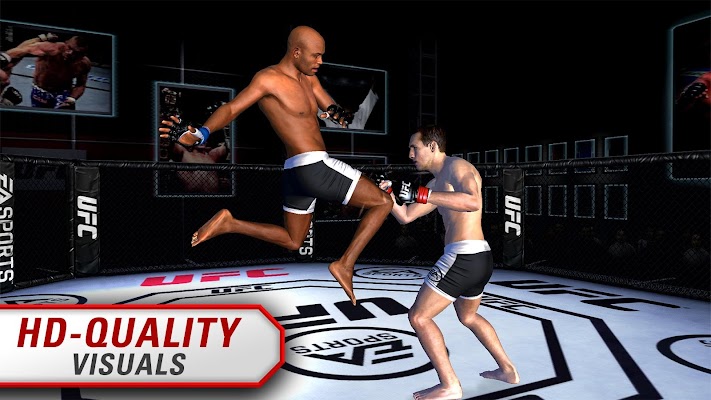 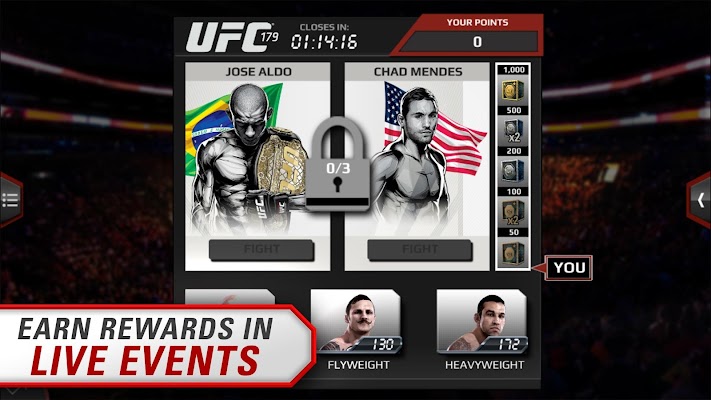 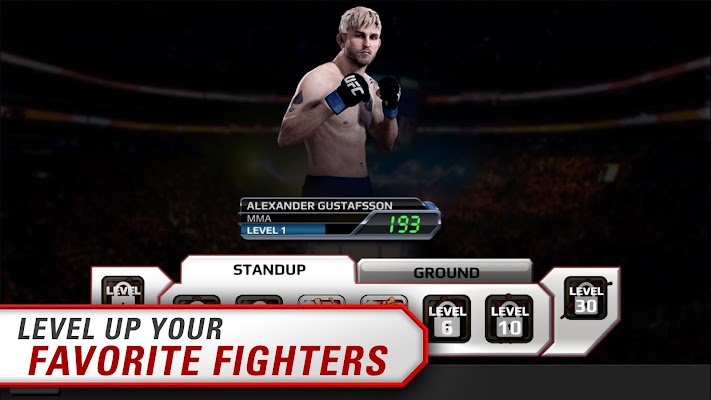 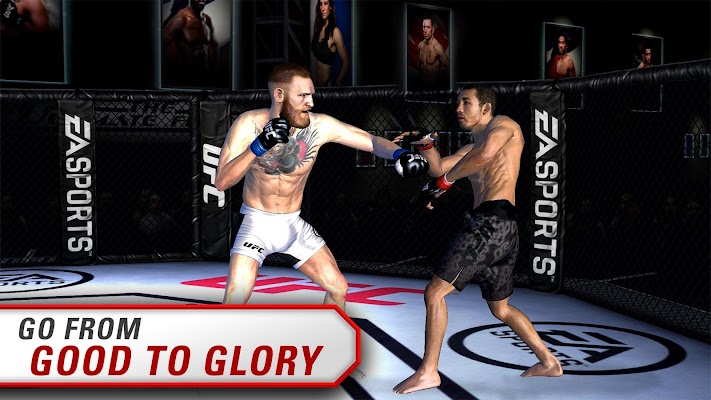