As commander of a squadron of cavalry!

As commander of a squadron of cavalry, what will you sacrifice to win the war of gunpowder and magic? Return to the battlefield as a gentleman-officer of the Royal Tierran Army in this long-awaited sequel to “Sabres of Infinity.”

Will you befriend, betray, or romance the nobles, rogues, and spies of this epic world? Will you keep your men alive, or sacrifice them to your own greed in a bid for power and riches? Will you fight for power, riches, love, or glory?

• Play the role of a gallant hero, or a self-serving scoundrel.
• Use cunning, force, or sheer bravado to fight the Antari forces.
• Train and drill your men for success on the battlefield.
• Support your family financially, or leave them to fight off penury alone.

Combat, intrigue, and romance await in “Guns of Infinity!” 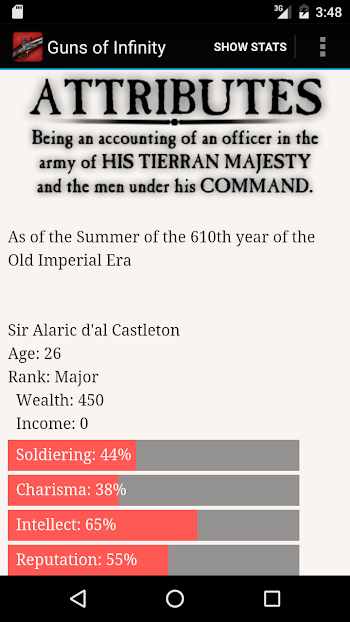 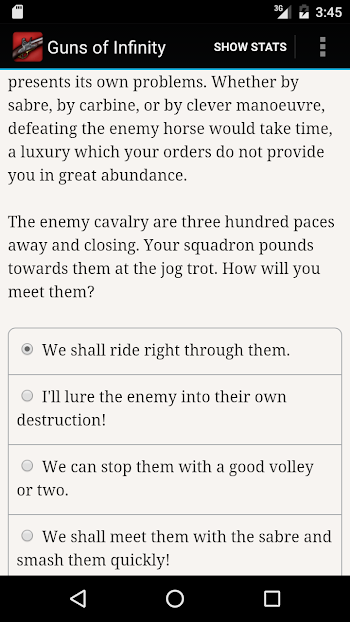 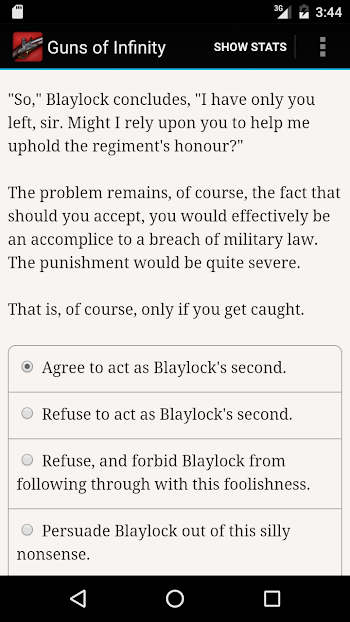 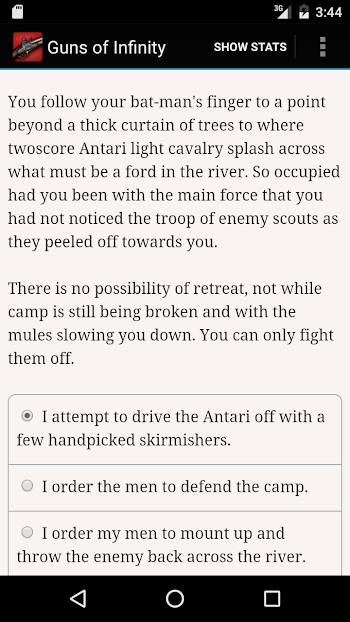 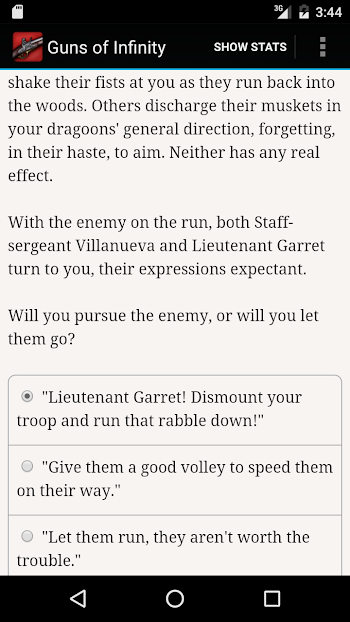 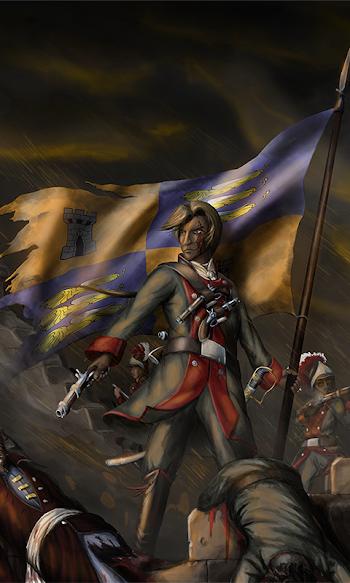