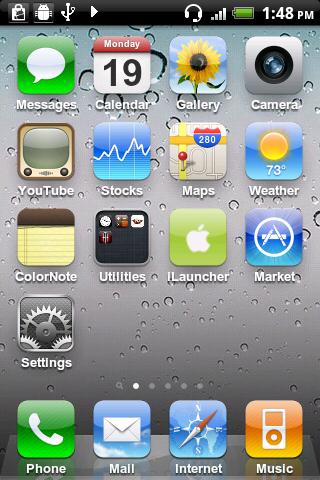 v2.1.0.5 update:
– Support Spanish ( thanx to Zelu House)
– Fixed the bug which took too much time on loading.
– ‘Importing Icons’ now apply customized icons and customized title immediately before rebooting.
– Fixed the bug sometimes icons were not rendered on their proper position.
– Fixed the bug that folder list in ‘Manage Folder’ didn’t show up some folders when iLauncher icon was inside a folder.
– Fixed some crashes, minor bugs.