SPECIAL REQUEST: If you have any issues or suggestions, please write to our SUPPORT instead of negative reviews as we cannot respond directly to reviews. We GUARANTEE a response in less than 24 hours for all the emails we get.

Mensa Select Award winning board game & Toy of the Year 2011 finalist as an App Now!

It’s the game that combines lasers with classic strategy. Players alternate turns moving Egyptian-themed pieces having two, one or no mirrored surfaces. All four types of pieces (pharaoh, anubis, pyramid and scarab) can either move one square forward, back, left, right, or diagonal, or stay in the same square and rotate by a quarter twist. Each turn ends by firing the real laser diode built into each player’s Sphinx piece. The laser beam bounces from mirror to mirror; if the beam strikes a non-mirrored surface on any piece, it is immediately removed from play. The ultimate goal is to illuminate your opponent’s pharaoh, while shielding yours from harm!

New Features:
* Completely revamped graphics, supports HD/Retina View including iPad 3.
* Offline AI (No internet required)
* Display of AI thinking process
* Five atractively themed boards
* New coin design with a 3D look
* Total of five invincible difficulty levels to lure you to be a champion.
* Multiplayer game handling improvised.
* Undo a move made with the computer and start from a new move (if you want so!)

Pieces:
*PHARAOH has no mirrored sides, it is the most vulnerable piece of the game
*PYRAMID has one mirrored surface, it is mainly used for defence.
*SCARAB has two mirrored surfaces and hence cannot be eliminated.
*ANUBIS is weak at all sides but shielded from the front.
*SPHINX that fires lasers.

Rules:
* Every piece can either move one square in any direction or stay in the same square and rotate by a quarter twist.
* Use mirrored surfaces for reflecting laser beams off the pieces
* Non-mirrored sides are vulnerable to laser attacks.
* There are silver and red game pieces on board. Silver starts first.
* SPHINX at the corner of the board can make a quarter turn. It is the only immovable piece on the board.

Simple as that, this game demands strategic thinking from players. With every new move or turn, WATCH OUT, the lasers could even eliminate your own pieces.
Infinite possibilities, gripping gameplay and ever so entertaining this game is an INSTANT 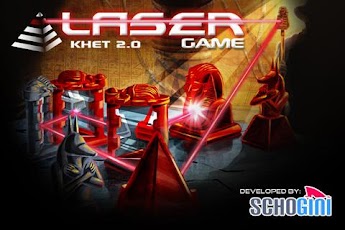 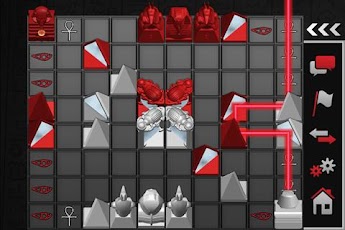 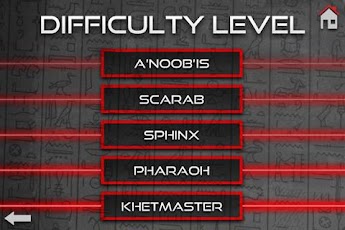 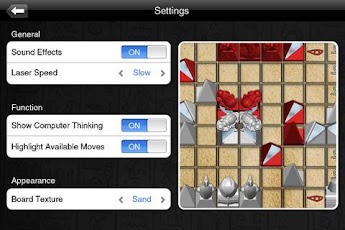 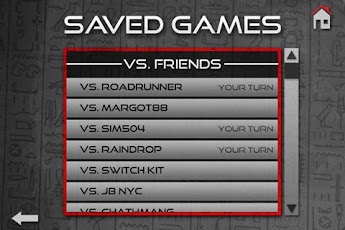