Link2SD is an application that makes it easy for Android 1.6+ users with root privileges on their phone to move applications to the SD card.

It also provides native apps2sd features on Android 2.2 and higher. It can move any non-protected user apps to SD card (force move), with batch moving capability.
That feature uses Android’s standard SD-card installation feature and does not require a second partition. It can break some apps if they are not meant to be moved to the SD card (Such as Widgets).

What you need:
– root permission.
– a second partition on your SD card.

How it works:
Link2SD mounts the second partition of your SD card and makes OS mounts it at boot time.

Note: On Android 1.6 and 2.1, shortcut and the widget of the app should be re-added to homescreen if you move the apk file.

You can remove the links and put application files back to phone. Just click on “Remove Link” button.

DISCLAIMER: It is made available for use at your own risk with no warranty of any kind. 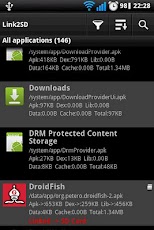 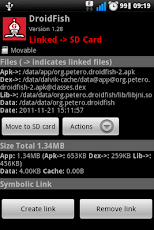 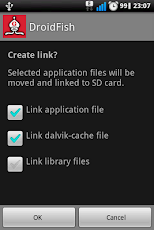 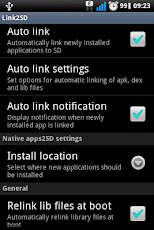 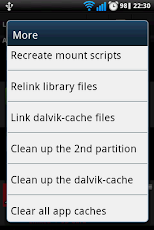 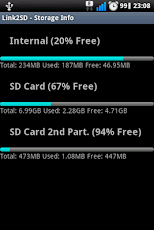