Fly as Iron Man! Smash as The Incredible Hulk! Run and Jump as Cap! Run and Gun as Super Spy Black Widow!

Unlock additional Super Heroes…
Swing as Spider-Man! Shoot arrows as Hawkeye! Unleash the Thunder as Thor! Binary Blast as Captain Marvel!Dodge obstacles and fight Super Villains like Loki to progress as far as you can. Increase your score by switching between characters and activating each Super Hero’s unique Special Attack. Collect coins and boosts on your run. Then buy special power-ups to boost your distance and score. Advance through multiple environments, compete with friends and upgrade your character!GAME FEATURES: 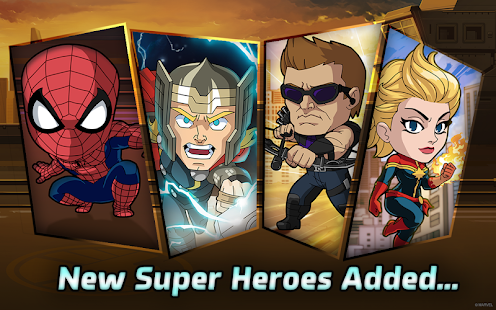 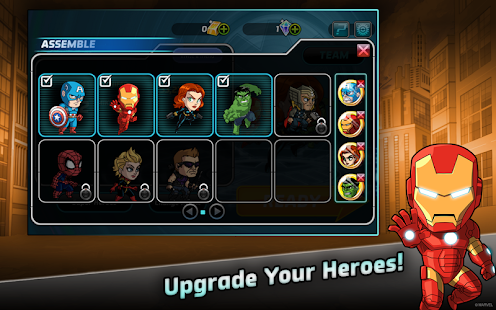 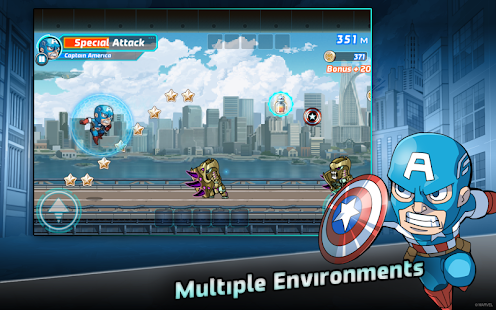 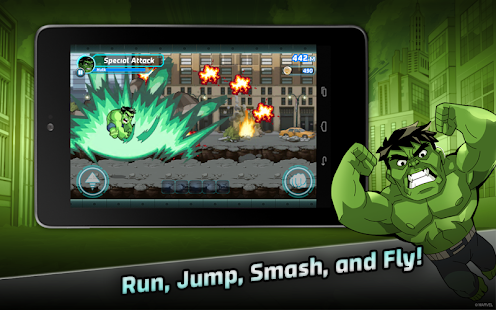