MLB Manager 2016 is the ultimate game for baseball fans!

Guide your favorite Major League Baseball franchise to glory! MLB Manager 2016, officially licensed by MLB.com and the MLBPA, is based on the award-winning Out of the Park Baseball series.

“With a great menu system driving the entire game, excellent AI, and the ability to micro-manage almost everything you could dream of in a sports game, it’s hard to want anything else of a mobile baseball management sim.” (Touch Arcade)

MLB Manager 2016 features a living world that uses the same realistic simulation engine found in Out of the Park Baseball for Mac and PC, the best-selling and best-rated baseball management game of all time. Each MLB team in the game features its actual 40-man projected 2016 Opening Day roster. The player ratings are based on the ZiPS player projection system created by famous baseball analyst Dan Szymborski

The game offers three gameplay modes:
– Major League Baseball Game: Choose your favorite MLB team and play out the 2016 season and beyond. There is no limit, guide your team into the future! Will Bryce Harper dominate the National League again? How will David Price perform in his new home ballpark Fenway Park? Will rising star Corey Seager win the Rookie of the Year award in the NL? How will the young guns in the AL develop, among them Carlos Correa, Miguel Sano and Francisco Lindor? Will the Kansas City Royals repeat as World Series Champions and build a dynasty?
– Fictional Game: MLB Manager creates one of four fictional baseball worlds and populates it with fresh players and clubs. Select a team and build a dynasty from scratch.
– Historical MLB Game: Choose one of three past MLB seasons — 1919, 1939, or 2012 — and see if it produces a different outcome. Additional historical seasons are available as in-app purchase for $0.99 each, $4.99 for a 10-season bundle, or $19.99 for all available seasons (115 in total!). International currency conversion rates may apply.

After selecting a gameplay mode, choose a team and handle every aspect of managing it:
– Manage your team, set lineups, depth charts, pitching staff and more!
– Call the shots from the dugout and watch the games unfold.
– Step into the shoes of the General Manager: Negotiate contracts, sign free agents, put together trades, draft the next superstar, promote players from the minors etc.

During games, the play-by-play text is generated from a huge database of tens of thousands of lines that bring the action alive. Bottom of the ninth, two outs, bases loaded, you’re down by two runs and you have your best hitter stepping to the plate against your opponent’s rock-solid closer … What will happen next?

During the season, news tickers bring you headlines from around the leagues! Your biggest rival just pulled off a blockbuster trade with the trading deadline looming … How will you respond?

As MLB Manager’s living world evolves, players develop their careers, age, and eventually retire, with a possible spot in the OOTP Hall of Fame waiting for them. New players drafted by you and groomed in the minors take their place and become the next generation of superstars. 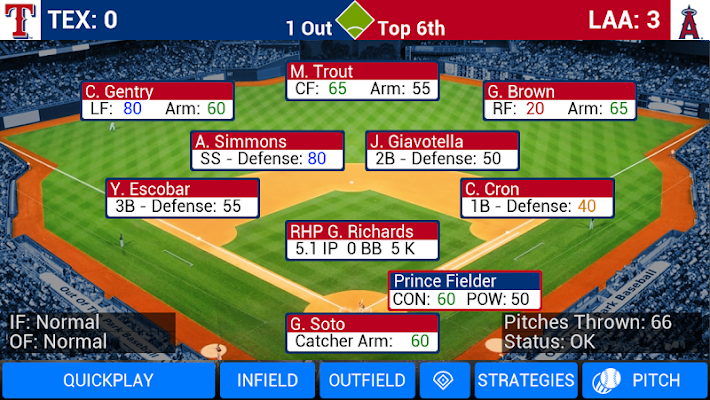 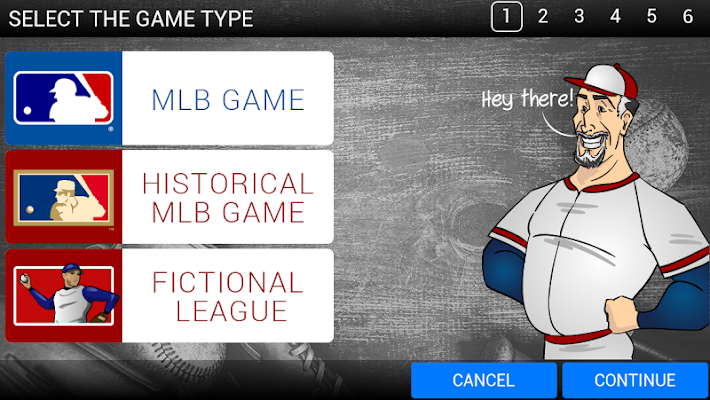 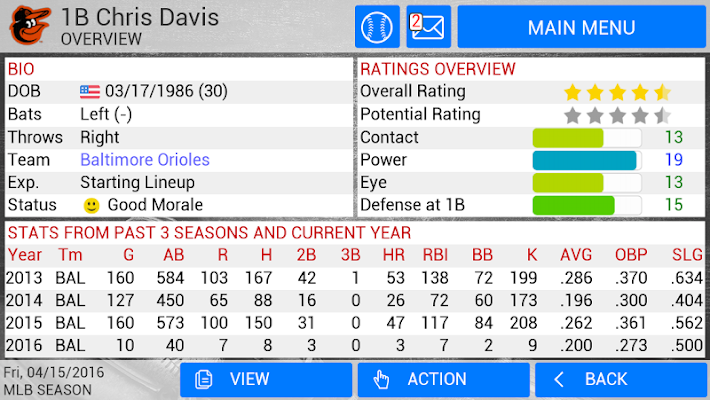 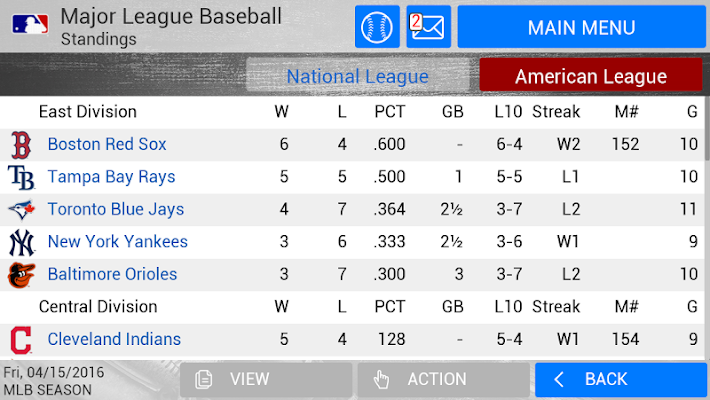