Unleash the Power of the Gods with an Epic Swipe/Touch Based Battle System in this immersive 3D Action RPG!

Control the Power of Gods with Deity Cards:

Immerse yourself in Epic Dungeon Battles:

Fight Mythical Bosses that Even the Gods Fear:

In Mother of Myth, your journey begins in Elysium, a place known only to the souls of heroes and those chosen by the gods, who have perished. After creating your character you will be thrown into the middle of an epic war between the gods and titans. While trying to survive in the chaos, you’ll not only have to save your friends, but the world as well. As you unlock each dungeon you will gain treasure and make your character stronger. You will experience real-time combat and learn how to use the power of the gods with unique swipe controls and combinations! 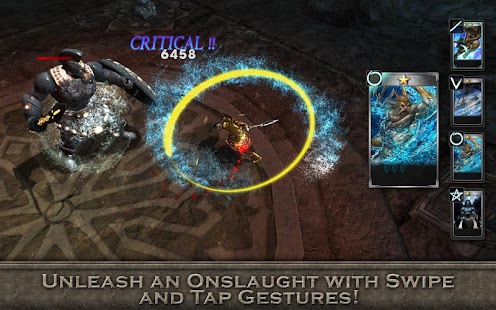