Detective Case and Clown Bot in: Murder in the Hotel Lisbon is a videogame inspired by the classic point and click adventures from the 80’s and 90’s.

Murder in the Hotel Lisbon

It adopts these eras distinctive design and it is built using only the pixel art technique. The game itself runs at a native resolution of 256×192, the same resolution used by the old ZX Spectrum 48k and most recently by the Nintendo DS.

Synopsys:
A strange murder has occurred in the Hotel Lisbon, a man committed suicide with 14 stabs to the back while at the same time he peacefully drank his coffee.
This case with contradictory facts was too complex for Policeman Garcia to solve, so he decided to hire the only detective duo in town capable of solving it: the mythical Detective Case and the unmistakable Clown Bot.
Together, they will solve a network of love relations so complex and so intricate, that it would take at least 14 clairvoyants, 5 apocalyptic sect prophets who can predict the end of the world and 3 of those gypsies that can read the palm of your hand just to guess the final outcome.

Characters:
With the mythical Detective Case, also known as the world worst detective, a man so rough and rude that his witnesses would rather be run over by a slow moving freight train than to be questioned by him.
And the hilarious Clown Bot who, although he works as a Detective Case’s sidekick, he hopes in reality that one day he will get a job as a circus clown. Unfortunately, and no matter how many applications he sends, no circus will ever accept a clown that is afraid of children. He never sleeps, so besides working by day as a sidekick, he also works by night as a stand-up comedian in a local bar. People say that he is a joke machine. 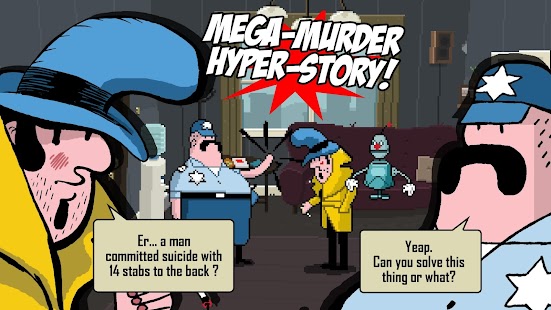 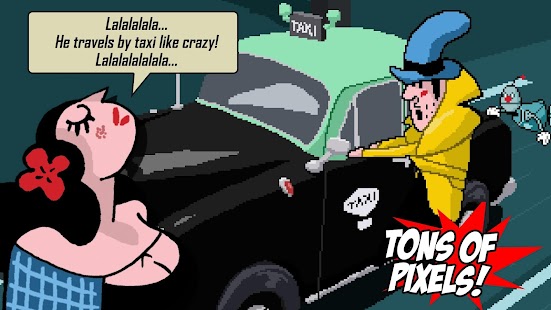 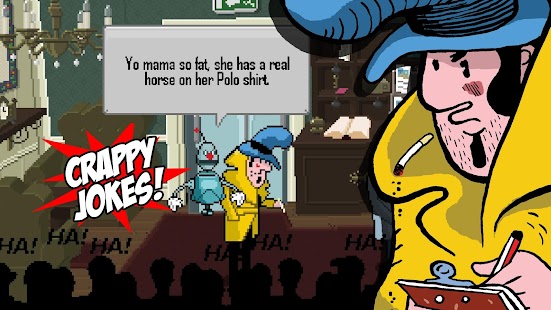