PIXEL DARK ICON PACK
The dark version of the first and only icon pack developed for transform the icons of your device, in the Pixel style.

IMPORTANT NOTES
• This is an icon pack and requires a custom launcher to work. Google Now Launcher, Pixel Launcher or any other launcher that is factory installed do NOT support icon packs ( except LG Home, Xperia Home and Asus ZenUI ). There is no possible way to support a launcher that doesn’t support theming options. Please do not ask regarding this matter;
• LG Home doesn’t support icon packs with a lot of icons and LG breaks support to standard icon packs in Nougat system based;
• After making an icons request, you need to be patient because every day are received a lot of them. The requests will be analyzed and the icons will be added for apps which meet certain requirements like having a good number of downloads. 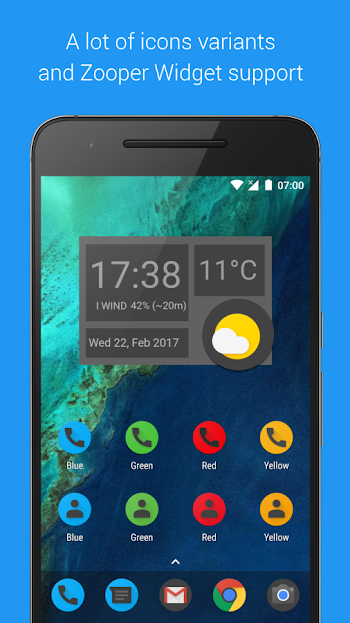 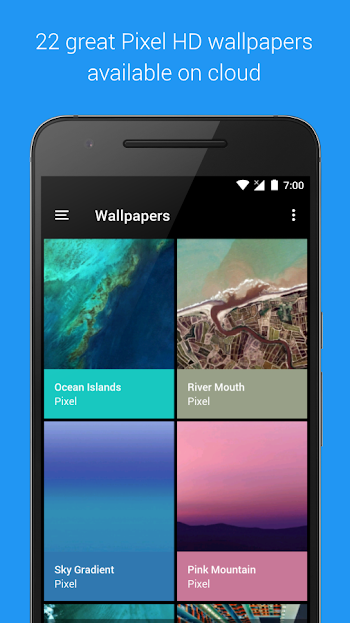 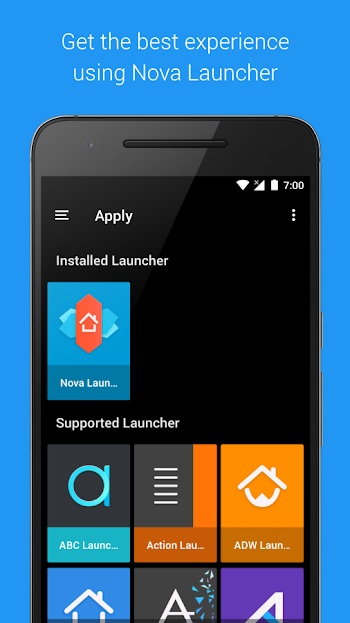 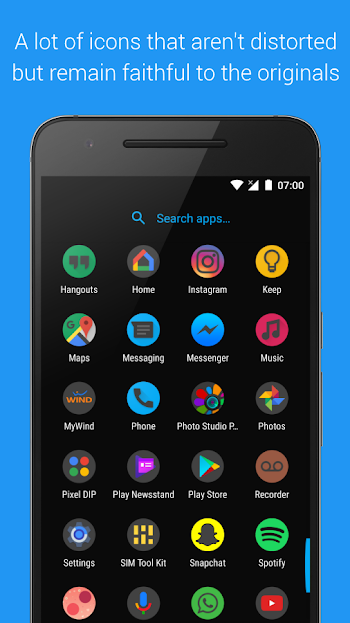 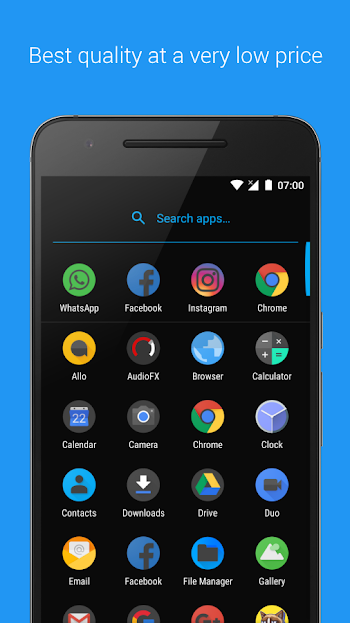 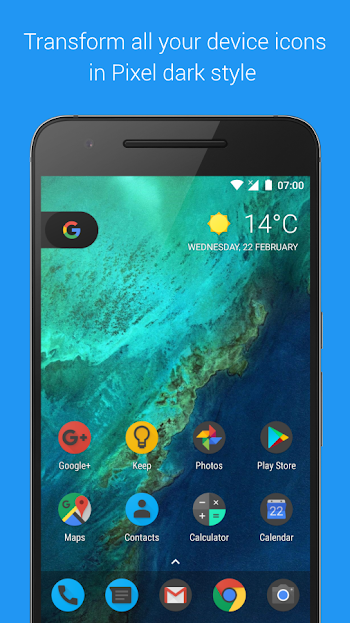