Implant cameras in your eyes to win the news wars of 2061!

Implant cameras in your eyes to win the news wars of 2061! Record your way through dystopian New Angeles, solving multiple murders and conquering the airwaves as you go!

“Ratings War” is a thrilling 80,000-word interactive novel by Eddy Webb, where your choices control the story. It’s entirely text-based–without graphics or sound effects–and fueled by the vast, unstoppable power of your imagination.

Outwit your rivals at the biggest news network in the industry to win market share and dominate the ratings. As one of the first reporters with a pair of cybernetic eyes, you’ll break stories while you live them—and become a celebrity when you uncover a vast criminal conspiracy.

When you blow the whistle on a human trafficking operation, will you focus on facts or on fame? Will you strike out as an independent, or follow the guidelines of your network? You can escape from an underground organ farm—but can you get your footage on the air and win the Ratings War? 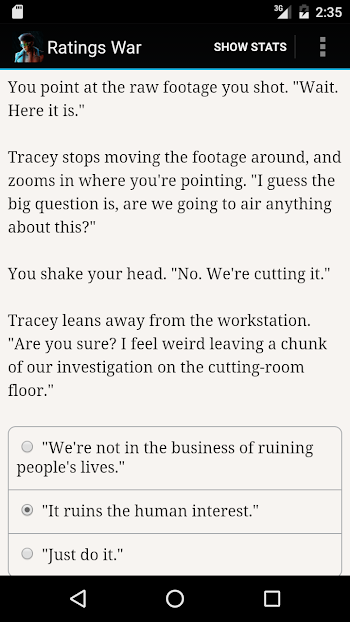 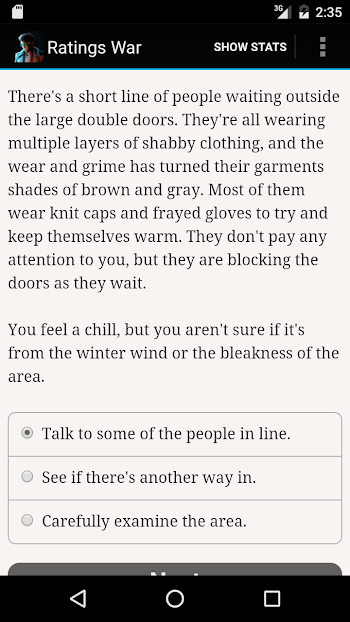 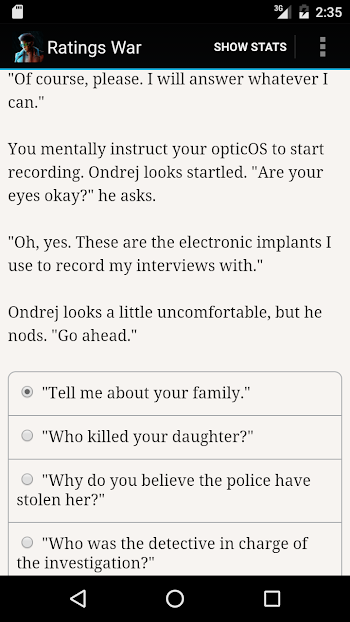 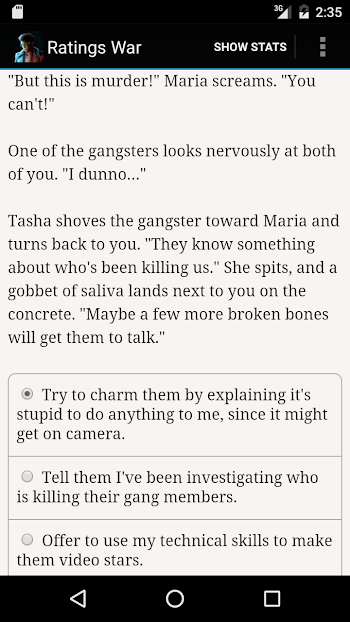