Royal Revolt is back with more fun, even more battles and a lot more action!

Defend your castle and build a deadly maze for your enemies. Explore and conquer the kingdoms of your friends and foes in this brilliant sequel. Overthrow the royals on your way to the top, but be aware of your own enemies, your Highness – there’s a royal revolt going on!!!

Royal Revolt 2 – Fight for your Kingdom!

How to play
● Use simple touch controls to lead your hero into battle
● Build your castle and defenses at the flick of a finger across your screen
● Develop and upgrade your troops, magic and buildings
● Build and customize your defenses, and deploy the castle guard to defend your base
● Battle against thousands of players across the World to become the one true king

The story so far
You have come a long way to find that you are not the only lord with a claim to the throne. Find a castle from where you will build your forces, and battle to prove to the World who the true king really is. 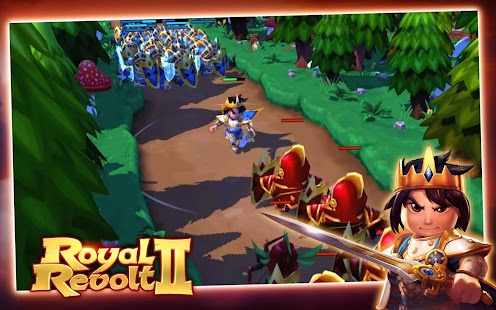 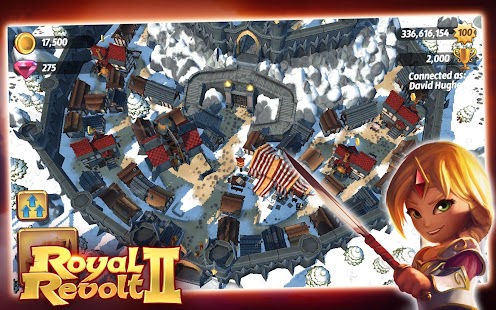