The age of man is at an end, but one makes his last stand

★★★★ “Don’t be fooled by the cartoonish graphics as Shane Reaction is will test you’re zombie killing skills to the max.” Android-Games.com

You are Shane, a lone survivor of the zombie apocalypse. And today, you give up.

IN SHANE REACTION, you must relive your last 40 days of survival before the walking dead convert you into one of their mindless horde.
Face the zombie dash with your trusty weapons and robo defences. Upgrade your arsenal and level up Shane to unlock his hidden skills and unleash a bullet hell upon the living dead.
This is the zombie game to end all zombies games.

We love zombie games. Shane Reaction combines elements from some of our favorite zombies games ever! The intensity of “The Last Stand” and “Zombieville”, the RPG elements of “Sonny”, the mayhem of “Boxhead” and “Age of Zombies”, and the defense mechanism of “Plants vs Zombies” and “Fieldrunners”, in a unique and fresh new zombie game experience.

ABOUT ARTBIT
Artbit is actually a team of one. All programming and design is handled by Pedro Ribeiro alone, but as more people are brought into the project, the quality of our games will increase exponentially. We decided to focus on bringing the players original, moody games, instead of another Angry Birds clone after another. Shadow Cave was our first proper project and with Shane Reaction we hope to take the Android Marketplace by storm! 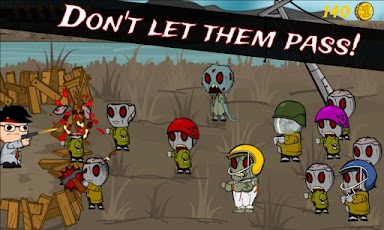 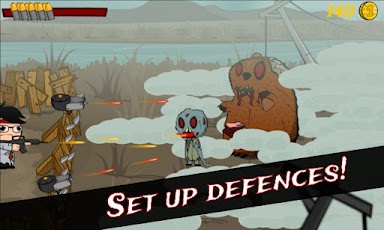 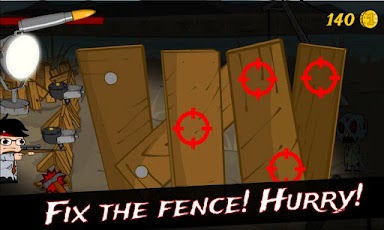