With SparkChess, there are no layers of menus to navigate or settings to check – -it’s all right there on one screen. Choose black or white pieces, pick from four opponents of varying skill levels (beginner Cody, clever Claire, or masterful Boris), and start playing.

Stuck? Get a little help

The game interface is extremely intuitive. Touch the piece you wish to move, and the spaces where it can be played instantly light up on the board. Touch the space you want to move it to and the piece appears there. If you change your mind, it’s easy to switch to a different piece or undo your move. All moves are recorded in the upper-right box and captured pieces show up under the player’s name at the top.

Learn as You Play

You can use it to learn the game and improve your skills. Tap on Help Me Move, and the app shows you the optimal move. Hit Analyse to render a color-coded view of the board that indicates which side has control of what squares. Select Show Visual Aids for an overlay that shows which squares are safe to move to and which aren’t.

Want to go back and see how you got to this point? The Replay function allows you to go back as far as you like in the game (even to the start), then hit the Play button to recreate the action. You can also tap Undo Move as much as you want to back up and try a different strategy. Finally, if you’d like to set up the board in a particular way and play from there, just tap Edit Board and adjust the pieces. Don’t worry–your computer opponent won’t complain.

Another helpful feature is the ability to “freeze” your game at any point by saving it, then continue playing as before. If you end up losing (“Arggggh!”), you can pull the saved game from the archives and replay it from that point. Overwrite a saved game or add an additional saved game at any time. Or just start over and downgrade from Boris to Cody, whatever works best for you. 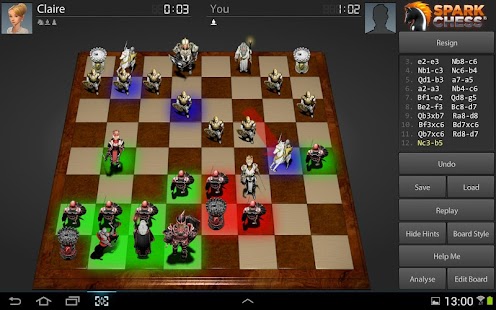 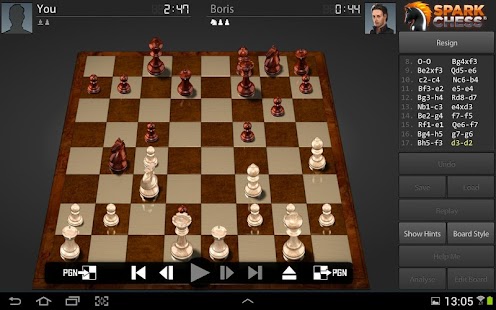 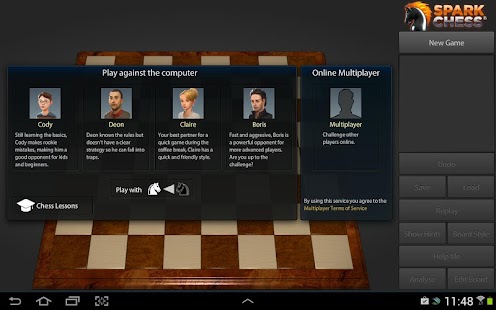 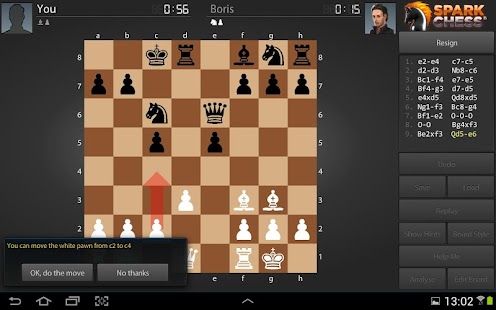