Control your music player with your phone’s volume and power buttons!

Finally you don’t have to take out your phone, unlock the screen, and navigate to your music player just to change the song. With Tactile Player you can change the song just by using your phone’s volume and power buttons.Double Press the volume UP key for NEXT.
Double Press the volume DOWN key for PREVIOUS.
Triple Press the Power key to toggle PAUSE/PLAY. (You can change this to double press or never if you like).
Simple as that.Tactile Player supports most stock players (the “Music” app) along with third party media players such as:
PowerAMP, Pandora, Google Music, Google Listen, doubleTwist, PlayerPro, Amazon MP3, Mixzing, and most other popular media players (just select the music player that you want use in the application).

This full version also comes with a widget so you can easily turn the service on and off anytime.

Now you can use your favorite music player and control it with your phone’s tactile buttons, thanks to Tactile Player. Try it out.

Note: You can turn the service off anytime, just open the app, press the off button, then close the app. 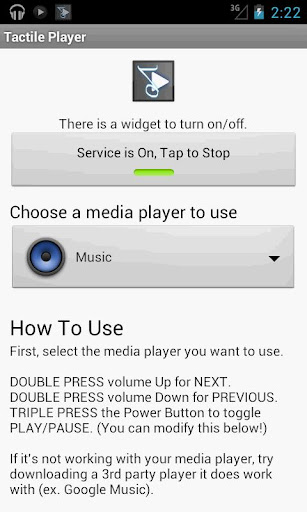 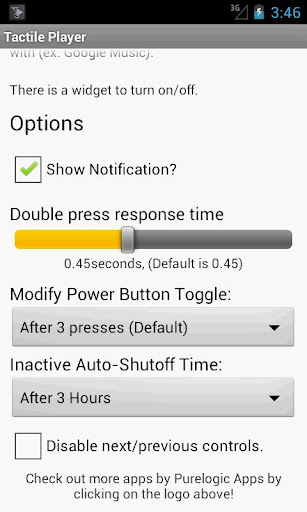 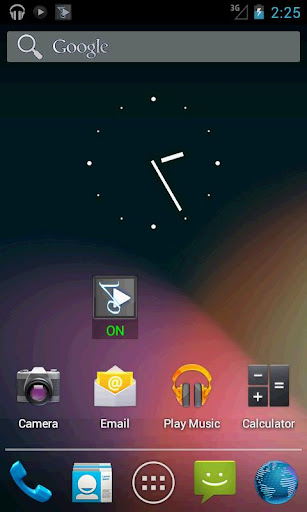