* Tuned to the whole Android ecosystem *
Tasks uses the modern design language introduced with Android 4.0 Ice Cream Sandwich throughout the application. However, that doesn’t mean that we compromise on compatibility, as we made sure that Tasks runs on Android 2.2 or later. And whether you have a phone, a tablet or anything in between, the UI just feels right for the screen you are holding in your hands.

* Versions *
Next to the paid version we also offer a free, ad-supported version which will start showing ads after 10 days. Both versions offer the same functionality and features. You won’t lose any data if you decide to upgrade from the free to the paid version as all the data is synced with Google Tasks.

* Move to SD card not supported due to problems with widgets * 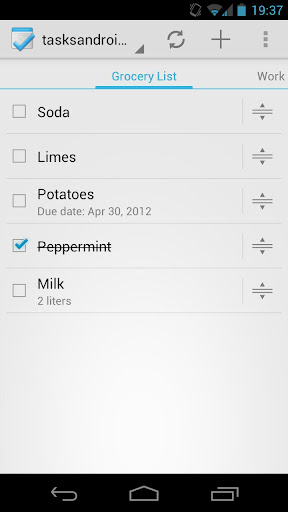 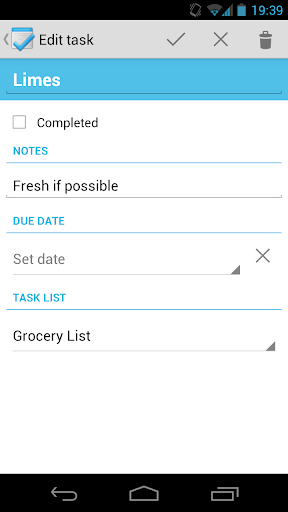 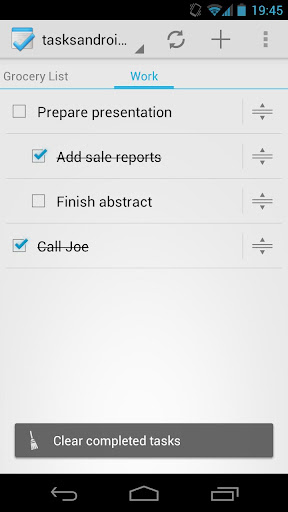 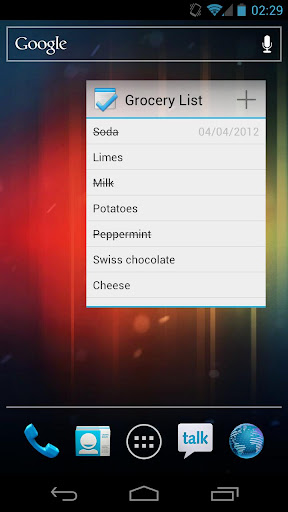