A game about Censorship, Corruption and Newspapers

The Westport Independent is a censorship simulator taking place in a post-war country, governed by the recently elected Loyalist Party. As the editor of one of the last independent newspapers in the country, your job is to remove and edit the content of your paper, affecting the people’s opinion of both the rebels and the Loyalist government. With an increase of rebel activity and an ever watching government breathing down your neck, whose truth will you print? 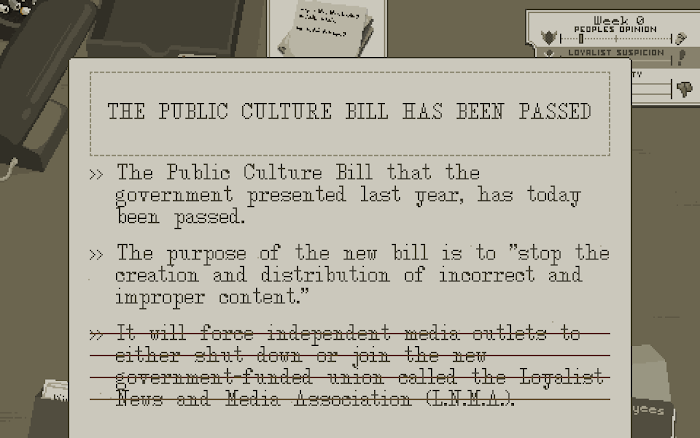 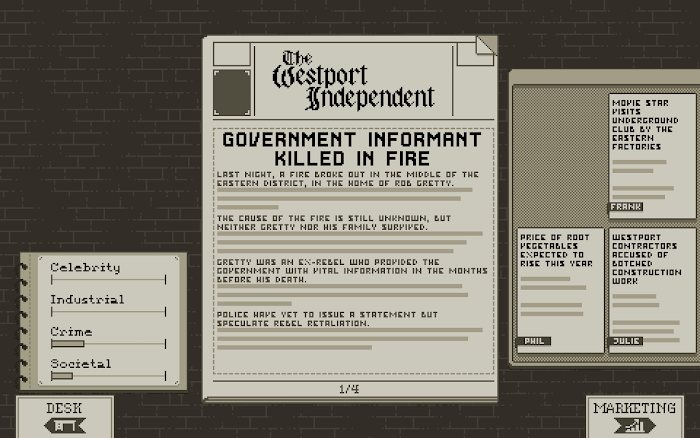 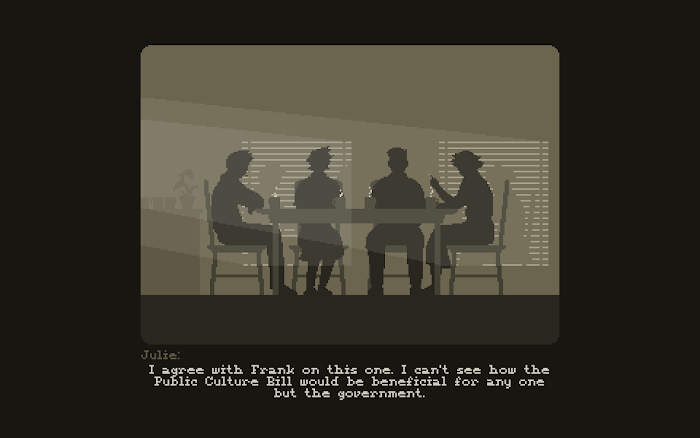 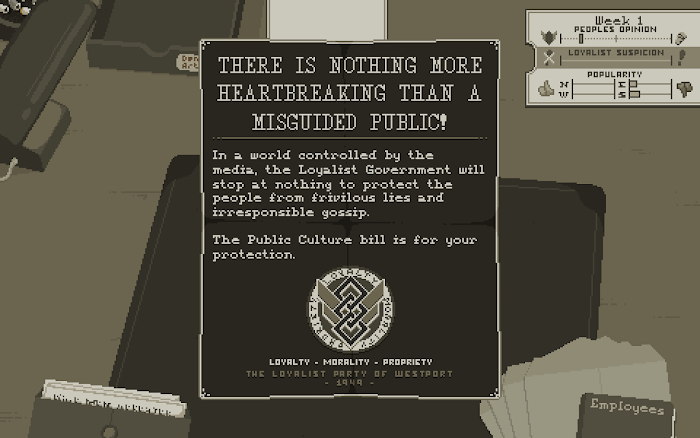 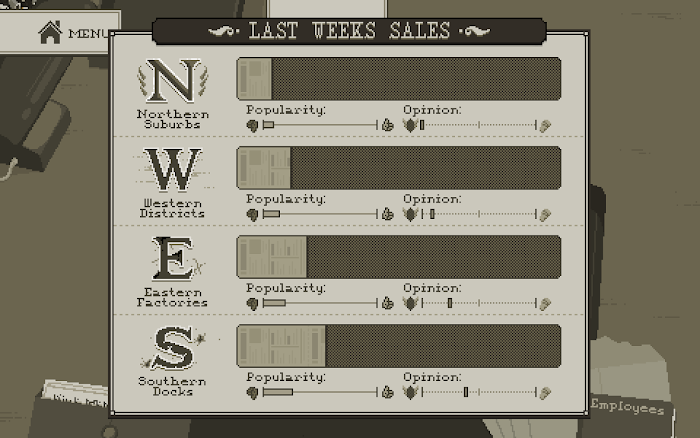