For the first time ever, you can play as Leo, Donnie, Raph, and Mikey in this action packed combat runner.

Run, jump, and fight your way across rooftops as you rid New York of evil, once and for all.

Collect energy orbs to unlock exclusive weapons, gear, and boosts that will keep you one step ahead of the Kraang ship. One-touch controls combine with ninja moves and shell shocking battles for an epic gaming experience. BOOYAKASHA! 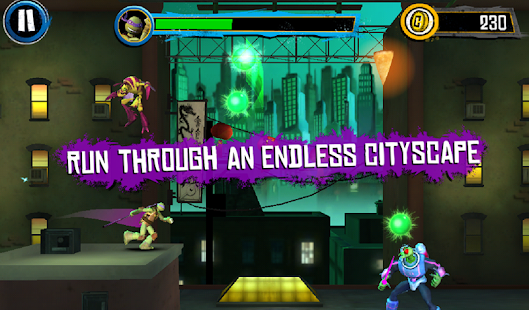 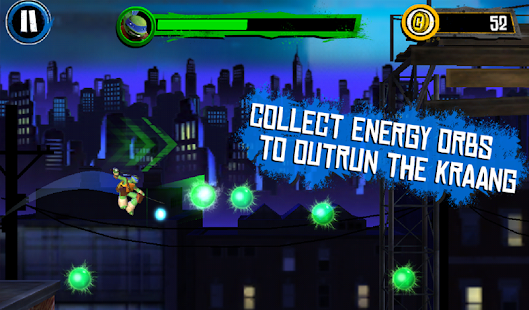 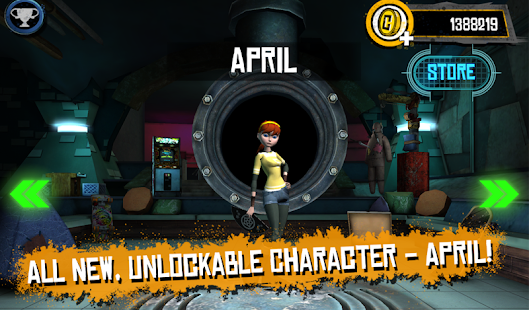