Total Recall is by far the most Popular Call Recorder on the Planet!

Total Recall is by far the most Popular Call Recorder on the Planet and has been since 2004. It’s the ONLY Call Recording App that’s been been used by literally MILLIONS of users across multiple OS’s in every country across the globe, and the only Cross Platform Compatible Call Recorder that can record calls on not only Android, but also Nokia Nokia Symbian, Symbian^3 & Meego smart phones.

>>> Galaxy S2 Users (especially if running ICS/4.0) go here! Contact us with your order number & IMEI and we’ll gladly register this build for you free of charge

Sure there’s cheaper Call Recorders out there, but they lack the FEATURES, FREQUENT UPDATES & SUPPORT that we have to offer. Ad-Based apps kill your batter in hours & run up expensive data charges. Plus, Total Recall is one of the few Call Recorders that actually records from the LINE not the MIC (on compatible devices).

> Feature Packed & Easy to Use
> The Only Cross Platform Compatible Mobile Call Recorder on the Market
> We were the first and still one of the only Call Recording Apps to fully support the Samsung Galaxy S2 (i9100 & T989 variants)
> Supports full two sided call recording (directly from the LINE NOT the MIC!) on more devices than any other recorder on the

Packed with Every Call Recording Feature You Need!

** Confirm the legality of call recording in your local jurisdiction prior to use.

** Not all Android devices are capable of Call Recording while others may only support recording via the Microphone, which can sometimes be improved by putting the call on speakerphone. Please test prior to purchase

This Call Recorder Runs great on….

* If your device is not listed here, go ahead and give the free 14 day demo a try! Feel free to post on our forums or email us if you need help adjusting the settings to achieve the best results. 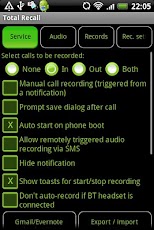 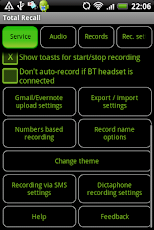 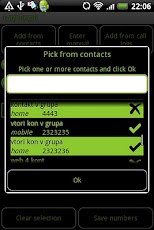 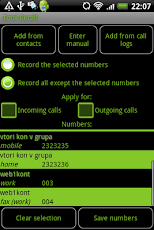 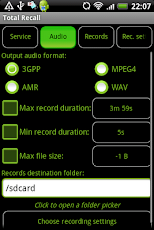 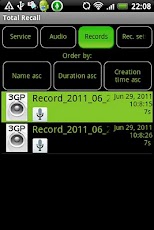