Enjoy the best cycling simulation on your mobiles & tablets.

This year enjoy our new features: create your own team, introduction of team power in the new multiplayer mode, choose your riders and buy new ones, new animations and features for even more realism!

Pick up your team, ride through the 21 official stages and enjoy!

The Tour de France 2015 is getting closer, and you feel your riders are getting nervous. Each member of your team count on you to guid them on their life’s challenge. After years of hard training, of surpassing oneself and sacrifices, they are gathered with the hope to win the prestigious jersey on the Tour de France.

You have to be on the top for them: Analyse the strengthes and the weaknesses of each cyclist. Examine every detail of stages in this new edition 2015 and develop a strategy to lead them to victory.

Concentration, passion and skills will be necessary to impose your style on the Tour de France 2015 and in the cyclist world. Will you be able to make the right choices and reveal yourself during theses 21 legendary stages.

– The Tour de France 2015 official mobile cycling simulation game
– Improved and more realistic graphics
– A brand-new feature: team creation! Choose the best talents to create your cycling dream team!
– Customize your team name, jersey and national flag.
– A new multiplayer mode through the “team valor” which will define your game’s style.
– Racing against time is back! Challenge other players in this multiplayer mode!
– Weekly and daily multiplayer tournaments where you can challenge other teams!
– Discover new achievements, participation rewards and prizes!
– All the official stages of the Tour de France 2015
– 5 rankings, as in the real Tour de France: Yellow Jersey, Green jersey, Red Polka Dot Jersey,
Team Classification and White Jersey
– More than 110 riders
– Challengers have a new neuronal network, their actions are based on their own style, their own previous actions made during stages. They adapt themselves to difficulties.
– New team objectives to fulfill if you want to become a legendary manager
– New challenges system bound to your customised team!
– Upgrade your bike in order to increase your winning chances
– A brand-new AI for 2015, the opponents are even more difficult to beat than in previous years !
Are you ready to overcome this new challenge ? 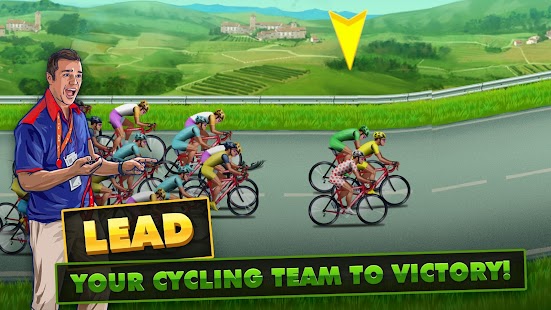 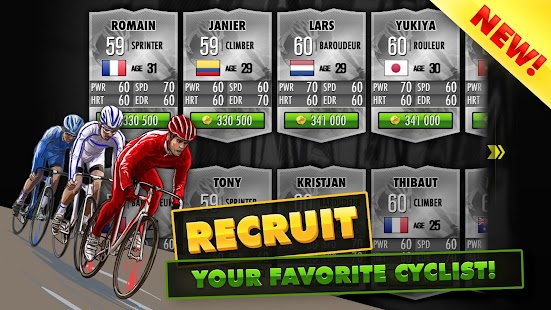 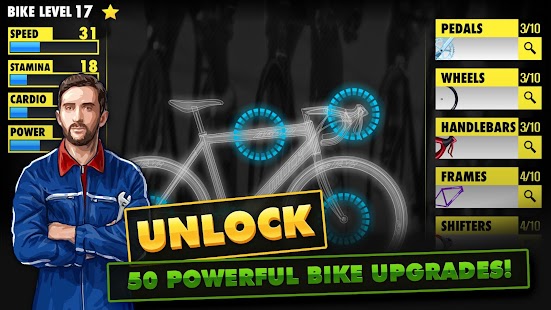