Dive into the deep blue sea and rule over the ocean as a real Shark!

Dive into the deep blue sea and rule over the ocean as a real Shark! For the first time ever, choose from SEVEN PLAYABLE SHARKS! Hunt down food in the coral reefs, raise a family of sharks, and swim through the seaweed forests stalking prey like squid, turtle, dolphin and whales!

SEVEN PLAYABLE SHARKS
Choose from your favorite species in a single game, play as a Great White Shark, Hammerhead Shark, Tiger Shark, Blue Shark, Thresher Shark, Sawshark, and Whale Shark! Each species has their own families, experience, and levels!

DANGEROUS BOSS BATTLES
Test your skills against SIX thrilling boss battles! A massive tentacled beast awaits in the depths of the caves, dare you awaken the Kraken?! A monstrous prehistoric Megalodon is rumored to still swim the nearby ocean waters!

BUILD YOUR PACK
Dominate other sharks or bring them a treat to recruit them to your family! Customize and play as any Shark in your pack and create a powerful family of predators!

RAISE YOUR FAMILY
Breed baby sharks that will grow into powerful members of your family! Care for you babies while they are are young, hunting food for them and carrying them on your back!

CUSTOMIZE YOUR SHARKS
Choose your shark’s name, appearance, skills, and attributes to complement your family members and become a more powerful group!

LEVEL UP YOUR SHARKS
Gain experience by catching and eating your prey, caring for your family, and completing missions! Level up your sharks to increase their health and attack damage, earn points to upgrade your shark’s stats, and increase the size of your school!

EARN STAT POINTS
Stat Points can be used to provide bonus’s to traits like Health, Critical Attack Chance, Swim Speed, and much more!

UPGRADEABLE BUFFS
Buff Points can be used to upgrade your Buffs, which create temporary stats boost automatically when your shark’s vitals are low or they get a taste of blood!

RAGDOLL PHYSICS
Your prey now realistically dangles from your jaws as you carry them!

DYNAMIC WEATHER, SEASONS AND DAY/NIGHT CYCLE
Procedural weather system with unique storms, clouds, sun, and stars! And the BRAND NEW depth variable atmosphere creates a dark and dangerous ambience in the depths of the ocean!

MASSIVE REALISTIC 3D ENVIRONMENT
Explore a world so big we created FOUR unique coves for your sharks to live in! Brave the deep abyss, survive the harsh arctic, or hunt along the beaches of the tropical islands!

OPTIONAL BLOOD EFFECTS
If you are of age or have your parents permission, turn on the BRAND NEW blood effects for added combat ferocity! 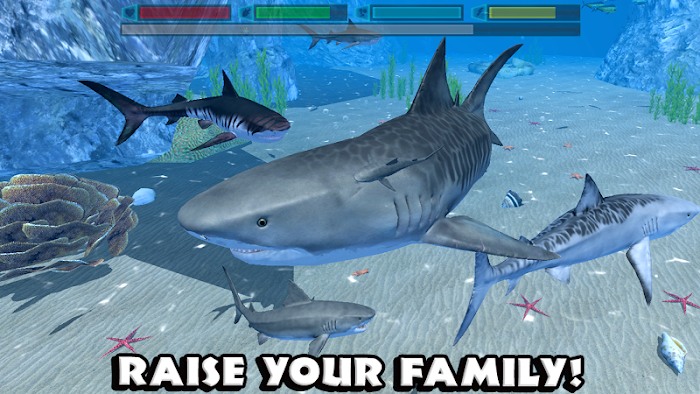 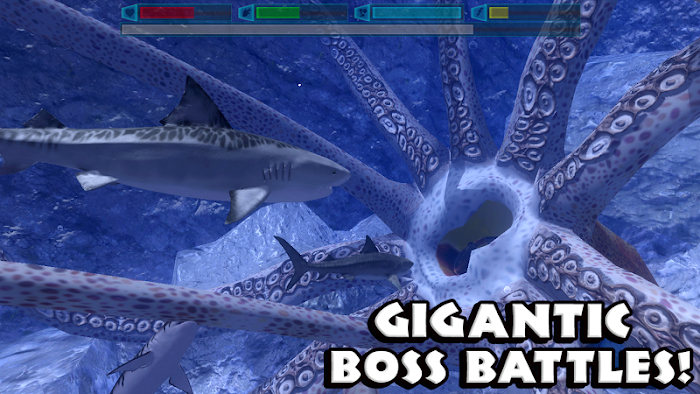 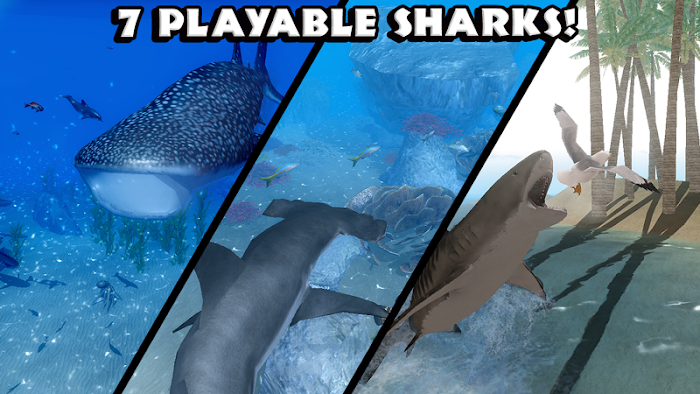 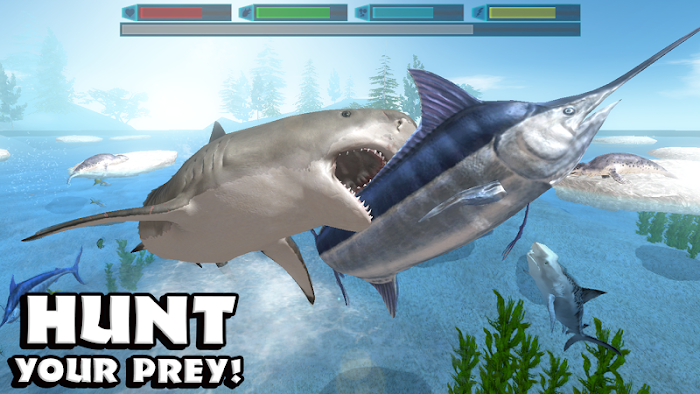 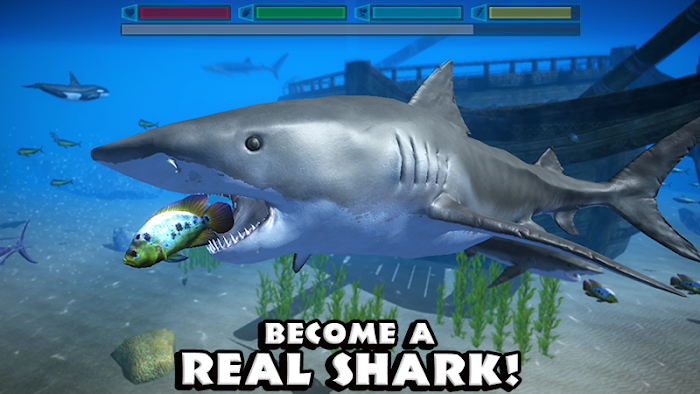