Arcane Magic is a turn-based tactical digital boardgame that will challenge even the most veteran gamers!

Arcane Magic is a turn-based tactical digital boardgame that will challenge even the most veteran gamers. Made by the independent Norwegian developer “Turbo Tape Games”, our game development history has roots from the very beginning of PC gaming.

Arcane Magic is set in the Warhammer Fantasy Battles world, and will see you journey through legendary Warhammer locations as you assemble wizards, spells and artefacts. You have a maximum of three wizards you can bring into play, and for each of these you decide which spells and scrolls to bring based on their school of magic. Each campaign consists of eight levels, and each campaign rewards you with a new wizard. Two campaigns are included with the base game. Measure your Power carefully as you select which spells to cast as you aim to optimize your round. Arcane Fulcrums are vital sources of magic found on every level that both restore and increase your Power. Consider how the winds of magic affect your spells and choose carefully what action to take as the enemy is relentless. Through your journeys you will come upon treasures of old, even the most sought after Golden Plunder Packs which contain ancient artefacts that allow you to bind scrolls of any school of magic into them, allowing you timeless control over their raw energies. Collect and manage your critical pool of Warpstones and Gold as you progress deeper into even more challenging realms.

The game also features an optional DLC called Jungles of Lustria which offers a campaign of more challenging content and even better rewards, including a new wizard, the Slann Mage-Priest, upon completion! There is also optional in-app purchases for new wizards, gold and Golden Plunder Packs (the rarest treasure, which also drops in-game) 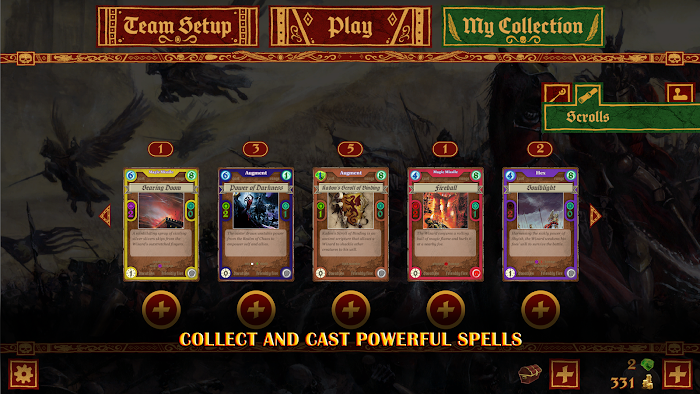 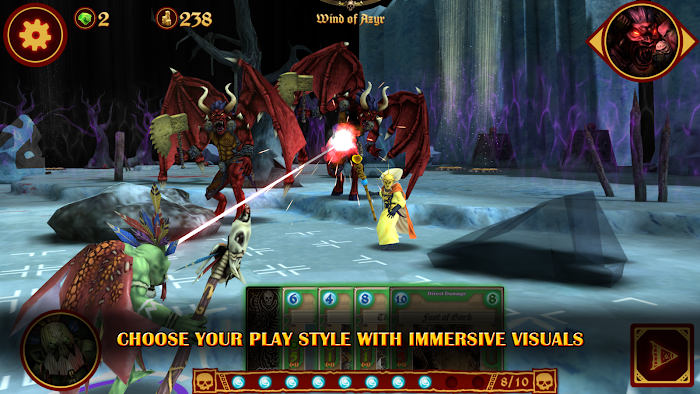 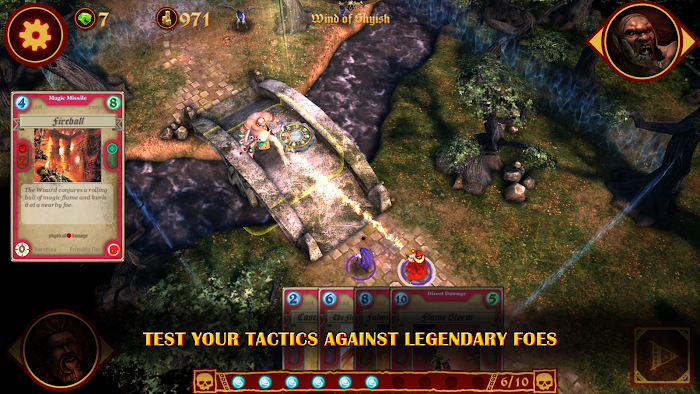 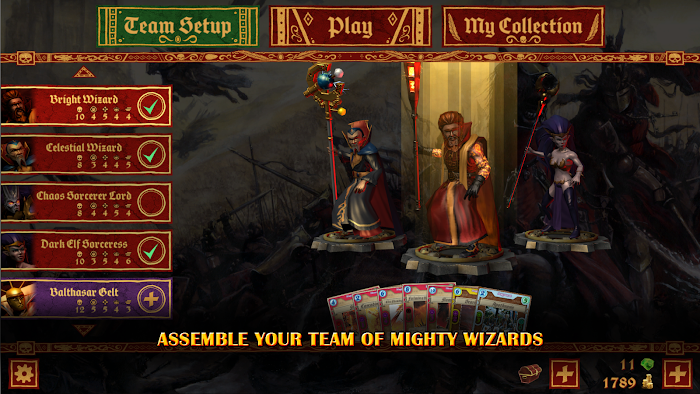 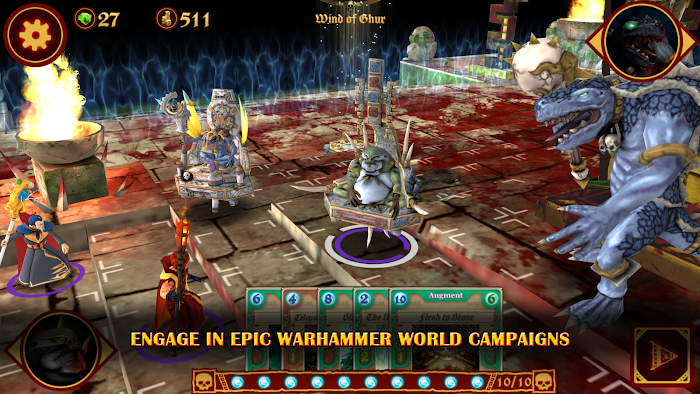